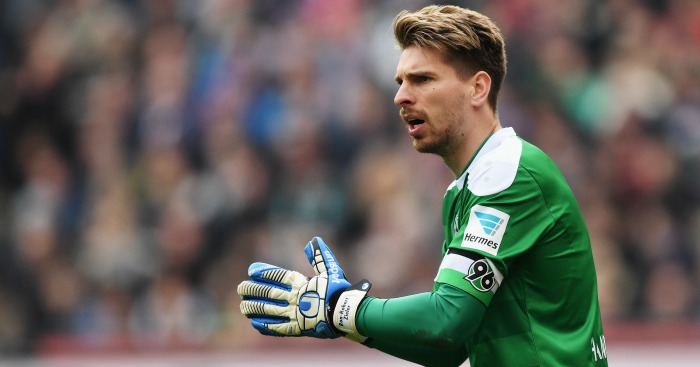 Premier League champions Leicester have announced the signing of the wonderfully named goalkeeper Ron-Robert Zieler from Hannover on a four-year contract for an undisclosed fee.

Zieler is a German international – in their squad for the World Cup win of 2014 – whose career started at Manchester United before he joined Hannover in 2010.

Zieler has made more saves (520) than any other goalkeeper in the last four Bundesliga seasons.

“It feels great coming to Leicester and joining the Club after they’ve had such a great season – it’s really nice to be part of the Club now,” he said.

“I’ve been shown around the training ground and it looks very good and I’ve been to the stadium – I heard about the great atmosphere and the great fans, so my first impression is very good.”