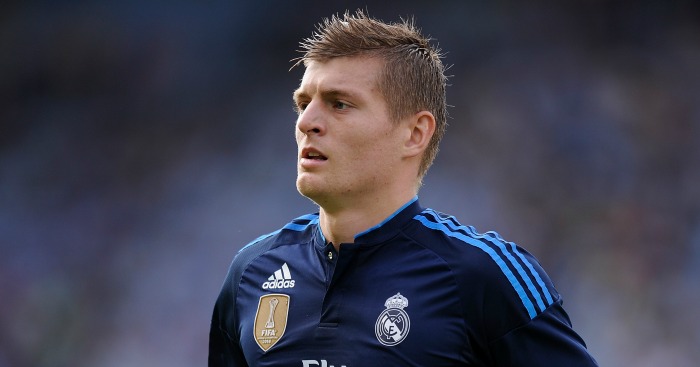 Manchester United will renew their interest in Toni Kroos, according to The Independent.

The 27-year-old would eventually join Real Madrid that summer however, and he has won one Champions League title, two Club World Cups and one Super Cup during his spell in Spain.

But, according to the Independent, Jose Mourinho is ‘willing’ to rest Real’s resolve over a deal.

Antoine Griezmann remains the main transfer target at Old Trafford heading into this summer, but there is an increasing likelihood that he will not join.

As a result, Mourinho, who ‘has insisted on a typically forensic plan to improve the United team in the summer’, will turn his attention to midfielder Kroos.

The German is considered to fulfil the role as a ‘star signing’, offering increased ‘commercial value’ to the club, and clearly improving their first team.

While insiders at Real insist that Kroos is ‘almost un-sellable’, United are willing to test that theory. There is a ‘new boldness about the Old Trafford club’s approach to transfers,’ particularly considering the world-record deal to bring Paul Pogba back.