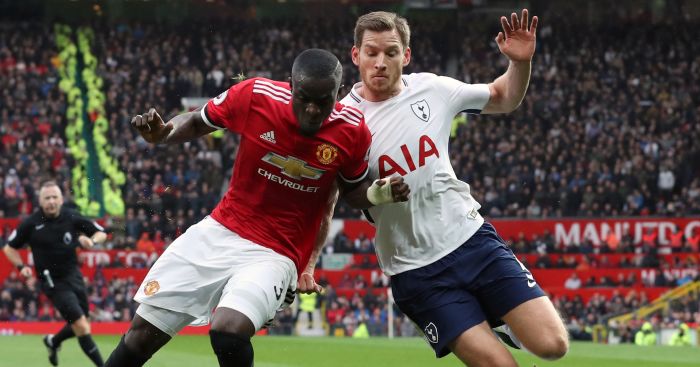 Manchester United have confirmed the return of Eric Bailly – by telling everyone how bloody great he is.

Bailly has been sidelined for Man United since November, with his last game coming in the 1-0 defeat to Chelsea at Stamford Bridge.

The Ivorian had to undergo ankle surgery shortly after, and has thus played just ten games in all competitions, with the Chelsea reverse their only defeat in that time.

But the club’s official website has confirmed that ‘the defender nicknamed ‘The Beast’ by his colleagues’ is back in first-team contention after a four-month lay-off.

More from Planet Sport: The future stars of tennis. (Tennis365)

Bailly’s return is described as a ‘boost’, adding that ‘he will be determined as anybody to avenge the loss at Stamford Bridge when Chelsea come to town’ – on February 25.

‘When approaching a key period, it’s vital any club has as many of its top players available as possible, which is why the news Eric Bailly is fit again has been greeted so gleefully by Manchester United fans,’ the story reads.