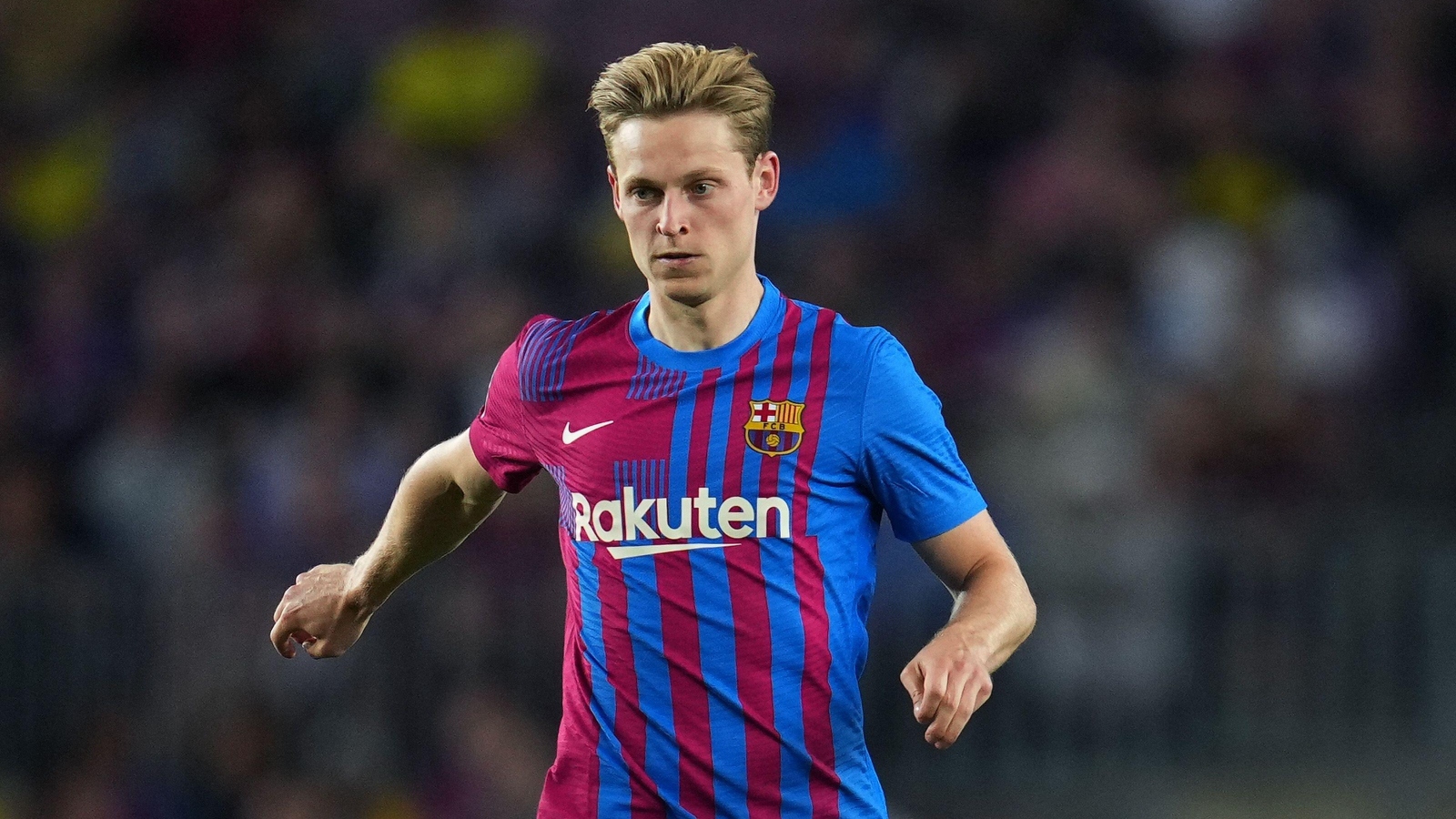 Reports emerged on Thursday that United had made an initial bid, thought to be €80m (£68m), as Erik ten Hag looks to make the midfielder the first signing of his Old Trafford reign.

Mirror claim Barcelona have now snubbed that opening offer, thought in fact to be £60m, and are in the process of preparing an improved bid.

The Catalans desperately need to raise funds after senior club official Eduard Romeu revealed €500m is required to “save” the club.

But they will also want to get the true value of De Jong, which they reportedly believe to be £75m, roughly the same fee they paid Ajax for the 25-year-old three years ago.

De Jong made a total of 46 appearances across all competitions for Barcelona last season, starting 30 La Liga games as Xavi’s men finished second to Real Madrid by 13 points, and the midfielder has four years left to run on his current deal.

But despite his initial reticence to join United, De Jong now appears to have come round to the idea, with The Athletic claiming he ‘has given private indication a move to Old Trafford appeals’.

Former Dutch international Rafael van der Vaart has urged his compatriot to make the switch to Old Trafford as he is “out of place at Barcelona”.

He said: “That is of course the most ideal. Then you have a trainer who knows exactly what you can and cannot do. And United still need a little quality.

“There are players who can do the same and maybe be better than you or have performed more.

“As long as those other players are there, he is out of place at Barcelona. At United he could play more like with the Dutch national team. Then he’s the only one of his kind.”