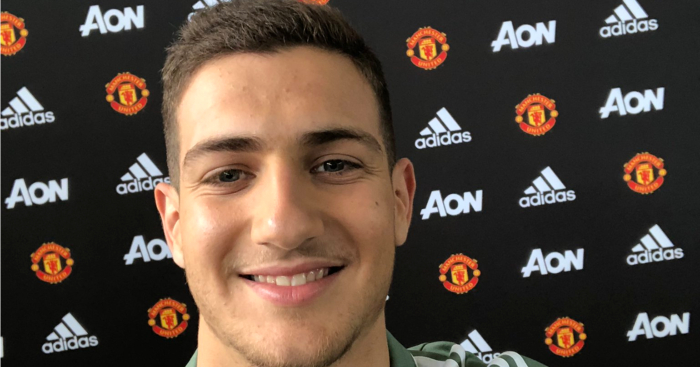 Manchester United have announced the signing of defender Diogo Dalot from Porto on a five-year contract.

The 19-year-old Portugal Under-21 international came through the ranks of Porto’s youth system and has played just eight senior games before completing a deal thought to be worth £19m.

He can play either side of defence as a full-back or wing-back.

His signing follows Tuesday’s announcement that United have reached an agreement with Shakhtar Donetsk for £52m.

Jose Mourinho said: Diogo is an extremely talented young defender with all the qualities to quickly become a great player for this club. He has all the attributes that a full-back needs: physicality, tactical intelligence and technical quality, combined with a Porto Academy mentality which prepares players for the maturity they need at the professional level.

“In his age group, he is the best full-back in Europe and we all believe he has a bright future ahead of him at Manchester United.”

Dalot himself said:  “I’m excited about working with Jose Mourinho and learning everything I can from such a successful coach. I am looking forward to playing alongside the fantastic players in the squad.”