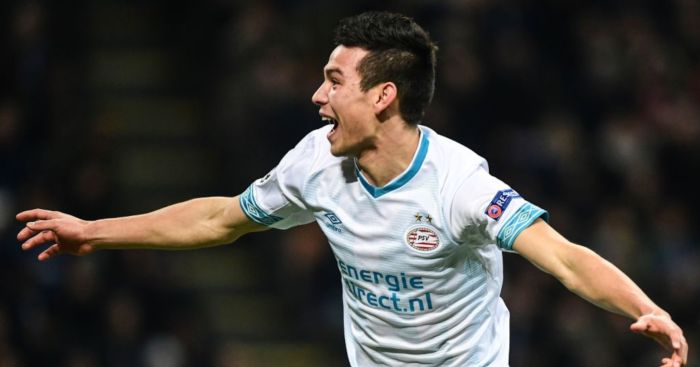 Hirving Lozano has expressed his desire to “take a step forward” and leave PSV this summer.

Lozano was linked with numerous clubs 12 months ago after ending his first season in Europe with 19 goals in 34 games for PSV.

He followed that fine campaign up with a winning goal at the World Cup against reigning champions Germany, using that as a platform to score 21 goals in 40 appearances for De Rood-witten in his second year.

The 23-year-old winger is keen to broaden his horizons once more, with Manchester United and Tottenham previously credited with an interest.

Lozano told Voetbal International: “I think I’m ready to take a step forward. But it makes no sense to talk about things that could happen, my heart is with PSV and I’m not sure what will happen tomorrow.

“The Champions League is the stage to which I aspire. It is also necessary if you want to become a better footballer.

“It is important for me to play with and against the best players in the world.”