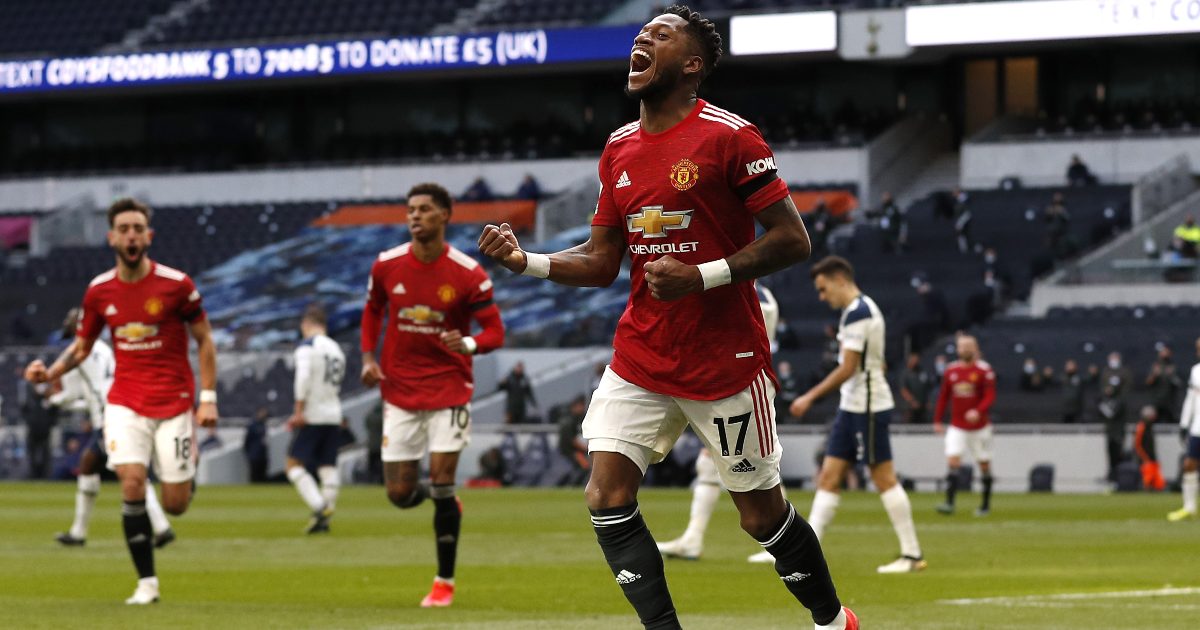 Man United midfielder Fred has suggested that this season has been his “best” so far as he has been doing “very well” under Ole Gunnar Solskjaer.

The midfielder joined Man United from Shakhtar Donetsk in 2018 for around £47m.

Fred only featured 17 times in the Premier League in his debut season, but he has played a more prominent role in recent years.

Can somebody tell the media that England won 1-0?

The Brazillian has now featured over 120 times for United across all competitions. This has been a strong season for Solskjaer‘s side as they finished second in the Premier League. The campaign ended on a sour note as they lost to Villarreal in the Europa League final.

In an interview with Global Esporte, Fred insisted that this has been a “very good” season for Man United:

“This was a very unusual season because of the coronavirus, we had many games in a row, and I did very well this season.

“I managed to have a good streak, I didn’t have any injuries. I can say it was a great season in my career.

“I didn’t score many goals, sometimes players say: ‘it was my best season, I scored so many goals’. I only scored one goal, but my job is totally different, the job that was assigned to me I’m doing, I’ve been doing very well, it was the best season.”

“Bruno and I are the ones who run the most on the field, we run a little more. I saw Fábio [da Silva]’s praise and I was very happy, it’s always good to hear, that’s a reason to keep working, to make the maximum effort in the field.

“Everyone says that the attackers are the ones who appear most on the field, but my role is to support the attack, for them to do a good job, also for the defence, on the ball, I think this work is being done well, I’m very happy with this.

“Solskjaer is a great coach, a great person and he made us understand each other as a group. If you play for the group, the individual will appear. You don’t have to be an individualist to appear.

“He showed us that, that’s why our season wasn’t the best, but it was very good, we understand what it’s like to work in a group.”