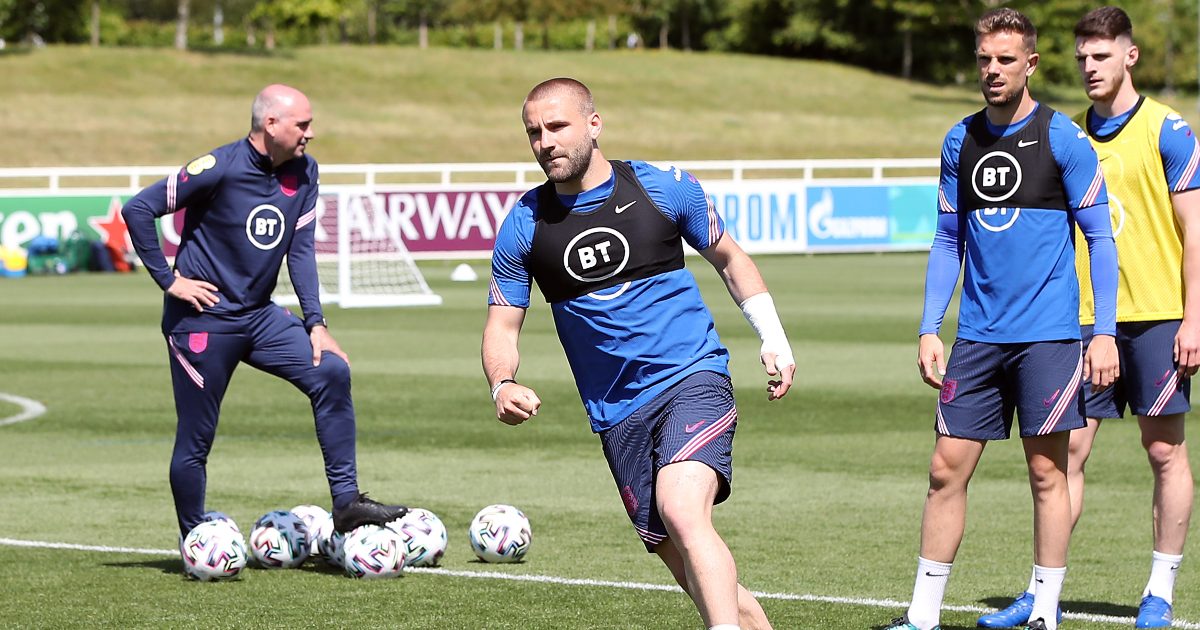 Man United defender Luke Shaw has revealed that he suffered a ruptured ligament in his wrist before the end of the Premier League season.

The Manchester United left-back enjoyed a fine campaign at Old Trafford and worked his way back into the international set-up as a result.

Injuries have often plagued his career and the 25-year-old was worried another problem could have prevented him taking his place in Gareth Southgate’s squad.

Despite his form, Shaw was overlooked at left-back for Sunday’s Group D opener against Croatia, with Kieran Trippier – who usually operates on the right side of defence – preferred for the 1-0 win.

But, after suffering a wrist injury, Shaw was first and foremost happy to just have been able to take his place among the Three Lions’ ranks.

The former Southampton man has been sporting a strapped wrist in recent weeks and when asked about the injury, he replied: “I’ve just ruptured the ligaments across the top of my wrist. It is not too bad, not a break – just the ligaments.”

Asked by talkSPORT if he was worried he might miss the Euros as a result, Shaw added: “A little bit at one point because when I was getting treatment at the club, obviously I had an MRI scan and what-not.

“The doc had a look at it and couldn’t see the problem where the main ligament was so he had to send it to a specialist.

“I was a little bit worried, because I thought, maybe if it is the bad one then maybe I might have to have an operation or something.

“He didn’t say anything and I was a little bit panicky but then obviously the next morning I’ve got the results and it wasn’t as bad as they thought so I was fine.”

Having been passed fit, Shaw was named as one of two recognised left-backs in Southgate’s 26-man squad.

But it was Atletico Madrid full-back Trippier who was given the nod and, while Shaw admits he was disappointed to miss out, he insists he will keep doing his best for the team moving forward.

“We found out the day before the game. We had a meeting in the morning and he (Southgate) obviously named the team,” said Shaw.

“Of course, I think, not just mine, but anyone has initial thoughts when they’re not playing in a game that everyone wants to play in – it is obviously disappointing.

“But even if you’re not playing, I think we’ve still got a role in the team to train well, train properly and get the lads ready for a very big game and do whatever is necessary to play my part in getting them ready for that.

“I was obviously disappointed, but Gareth has 11 players he needs to pick and all I can do is train well, train hard and see what Gareth does in the next game.

“But that’s the only thing I can do, keep smiling, keep enjoying it and do whatever I can to help the team, whether I am playing or not.”

Shaw could yet come back into the side for Friday’s Wembley clash with rivals Scotland.

United team-mate Scott McTominay is all-but certain to start for the visitors, who need to bounce back from a 2-0 loss to the Czech Republic on Monday.

But Shaw will not be enjoying any jokes or chats with his club colleague as he looks to keep things strictly business.

“I’ll be honest, no, I haven’t spoken to him too much,” he added. “I’ve kept contact with him at bay, really.

“Obviously, we spoke when we were at the club and had a little bit of banter about it then.

“Now, it is work and I probably will not speak to him until maybe after the game that we might be able to have a little word or two after it.

“But for me, no contact now just purely professional really – just focus on work and what’s to come and the game is the most important thing.

“He is going to be the opposition so we don’t really want to speak.”