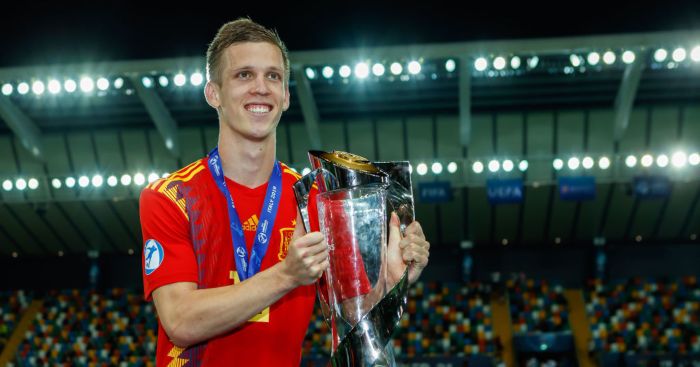 Tottenham have identified Manchester United target Dani Olmo as one of their next two potential signings.

Spurs ended their transfer drought by bringing in Jack Clarke and Tanguy Ndombele this week, the latter for a club-record fee.

But Mucho Deporte say the club are more focused on just two players, with Olmo the first.

United were reported to have made a £36m bid for the Dinamo Zagreb winger, but he ‘is close to being transferred’ to Tottenham for 25m euros (£22.4m).

The 21-year-old’s move to north London ‘is about to materialise’ and ‘there is already agreement’ between the two clubs and his representatives.

Tottenham will then return for Giovani Lo Celso, contrary to recent reports.

Mucho Deporte claim that a 68m euros (£60.9m) offer has been tabled, which is some 7m euros short of what Real Betis are holding out for.

‘No news about his future is expected until next week’ after Argentina’s disappointing Copa America campaign is finally over, but Tottenham do not ‘seem to be in too much of a hurry’ to sign him straight away.