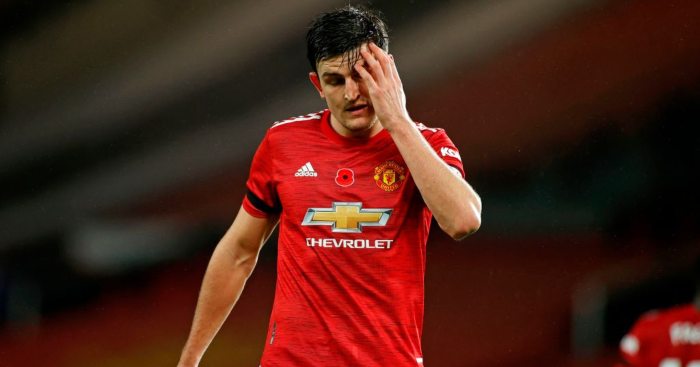 Man United are facing the prospect of being without their two first-choice centre-halves against West Brom.

Man United host the Baggies on Saturday as they continue to try and get their Premier League season back on track.

Ole Gunnar Solskjaer’s side have won and lost three of their opening seven fixtures to leave them 14th in the table, but comfortably beat Everton in their final match before the latest international break.

They could now take on winless West Brom without both Victor Lindelof and Harry Maguire, who sustained injuries on duty for their countries.

Lindelof has “struggled” by his own admission with a back issue all season, with club staff ‘increasingly concerned’ after he managed just 66 minutes for Sweden against France in midweek.

Maguire could join him on the sidelines as ESPN claim he ‘reported bruising to his foot’ after impressing in England’s win over Iceland.

It is unclear when the centre-half suffered the problem, although he came out worse in a quite heavy tackle during the victory.

Those two problems have left Man United ‘sweating on the fitness’ of both players, with Eric Bailly and Axel Tuanzebe waiting in the wings.

Scott McTominay could also be used in central defence after excelling in that position for Scotland, while Nemanja Matic has dropped back before.

We are edging closer to Marcos Rojo’s redemption story.