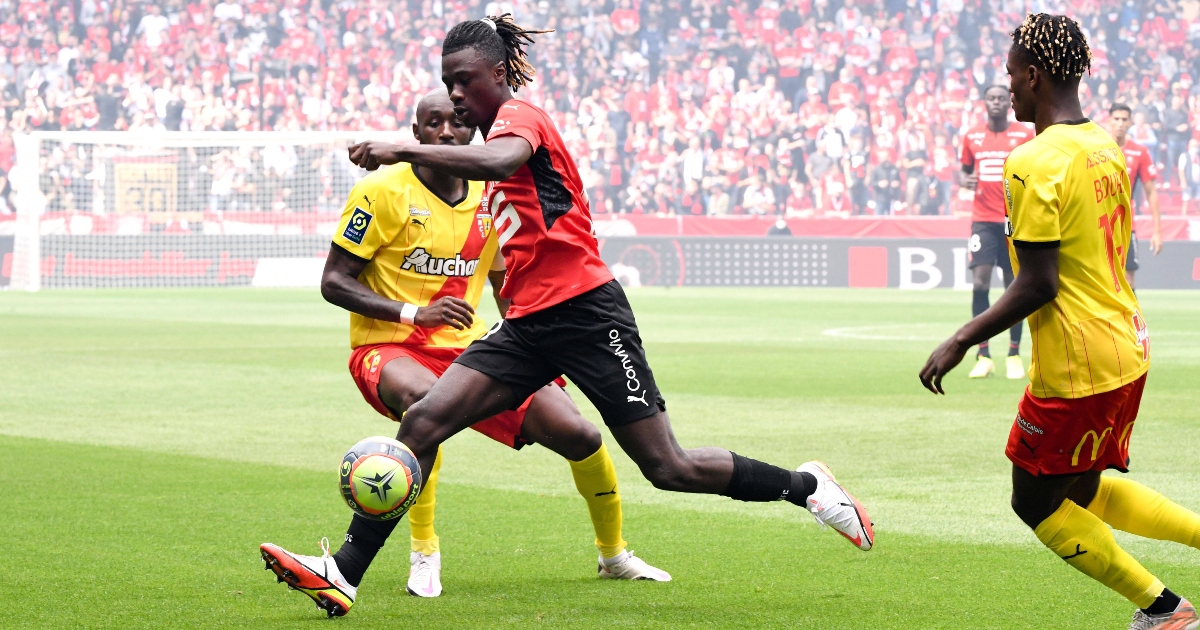 Rennes midfielder Eduardo Camavinga is ‘closing in’ on a £25.7million transfer to Paris-Saint Germain despite interest from Manchester United, according to reports.

Real Madrid have also been rumoured to be eyeing up a move for the teenager, but have not been splashing the cash so far this summer.

However, both Real and United have been handed a blow in their pursuit of the midfielder, who is close to joining PSG according to L’Equipe.

Camavinga is one of the hottest prospects in Europe and has entered the final year of his Rennes contract.

He is highly unlikely to sign a new deal, with multiple sources in France claiming he has played his last game for the Ligue 1 outfit.

Due to his contract situation, the 18-year-old is available for a cut-price of £25.7m.

Despite his age, Camavinga already has 70 Ligue 1 appearances to his name as well as some Champions League and Europa League experience.

United were reportedly in the market for a new centre-midfielder amid rumours surrounding Paul Pogba’s future.

PSG were keen on Pogba, but it seems likely the France international will stay with the Red Devils for the 2021/22 campaign.

And with Pogba’s situation changing, the Daily Mail claimed Camavinga alongside fellow targets Ruben Neves and Saul Niguez had been ‘shelved’ by United.

Elsewhere, Pogba has claimed United “dropped off” after scoring their equaliser in Sunday’s 1-1 draw against Southampton.

“I think we deserved more, but you have to show more also on the pitch,” he said.

“After the goal we scored, we dropped a little bit, we lose control of the game a bit and that’s why I think we didn’t get the second goal.

“I think we dropped a few points today. We get one point, we stay focused.

“Obviously we’re happy we didn’t lose today and we take this point with positivity.

“But we know those game. I think at the end of the season, those games, those three points, will be very important.

“So, today we didn’t lose, we got one point and the next game away we know that those points will be very important for us and we don’t want to give them away.”

And United have the opportunity to set a new record next weekend at Molineux.