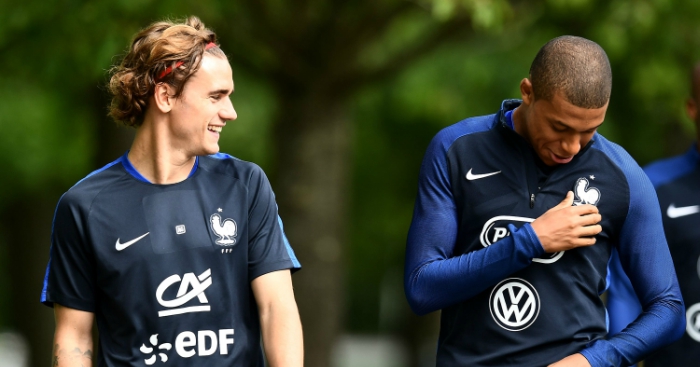 Antoine Griezmann has admitted that he “dreams” of playing with Kylian Mbappe and Neymar at Paris Saint-Germain.

Griezmann, a target for Manchester United this past summer, has been linked with Chelsea and a number of other clubs previously.

The striker has scored 86 goals in 173 games for Atletico Madrid since joining in summer 2014, but struggles this season have seen him score just three times in 13 games.

He continues to be linked with big-money moves however, and has fanned the flames regarding a return to his home country.

Griezmann emerged through the youth ranks of Real Sociedad and so has never played first-team club football in his native France.

The 26-year-old has revealed that a move to PSG could appeal to him, if only to link up with the club’s existing forwards.

Speaking to Telefoot, he said: “Am I dreaming of a front line with Mbappe, Neymar and Griezmann? Yes.”