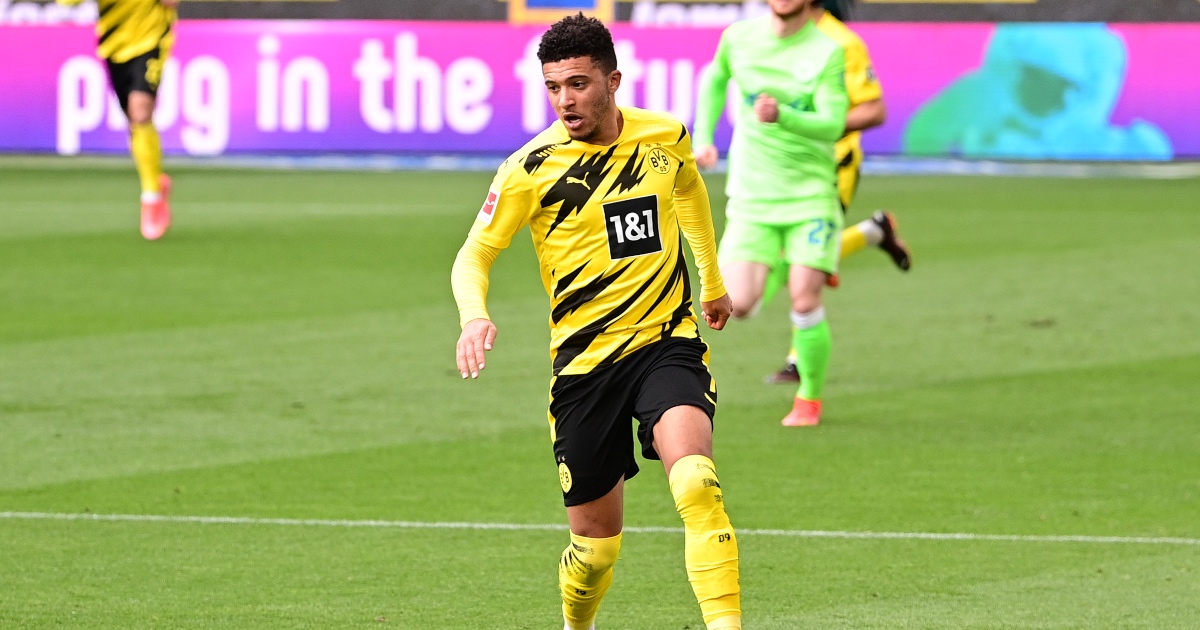 Borussia Dortmund have reduced their asking price for Jadon Sancho to less than £80million, according to reports.

The skilful Englishman was closely linked with a Manchester United switch last summer which never materialised.

United were unwilling to pay his £100million price tag and instead lined up cheaper alternatives.

But according to German source Sport1 (via Daily Mail), Dortmund have reduced this fee to make a Sancho transfer more likely this summer.

They will now accept offers of between £74million and £78million for the winger.

That’s a much more realistic fee for the Red Devils, given how their finances have been affected by the COVID-19 pandemic.

It looks like Dortmund have opted to sell Sancho this year and retain the services of striker Erling Haaland.

Sancho has a ‘gentleman’s agreement’ with Dortmund sporting director Michael Zorc, allowing him to leave if their asking price is met and the timing is right.

The German side know that United’s interest in the 21-year-old is unlikely to end anytime soon. Ole Gunnar Solskjaer is keen to bring in a right winger to play alongside Marcus Rashford, Edinson Cavani and Bruno Fernandes in attack.

Sancho is his favoured option and could now be brought to Old Trafford in a much more achievable deal.

Haaland, meanwhile, looks set to stay in Germany for at least another year.

United are joined by Chelsea, Manchester City, Real Madrid and Bayern Munich in the hunt for the Norwegian goalscorer.

He will cost any one of those European giants around £150million this summer.

Instead, the continent’s heavy-hitters can wait until next year, which is when his £68million release clause activates.

Dortmund will need to get searching for potential replacements if they allow their two star players to leave.

Even with Haaland and Sancho in the team, they’re struggling to get a top-four spot.

After 31 games they sit fifth, 16 points behind leaders Bayern.

The Portugal international joined from AC Milan in September and has scored 25 goals in just 29 league appearances.

That puts him third in the Bundesliga scoring charts, behind Robert Lewandowski and Haaland.