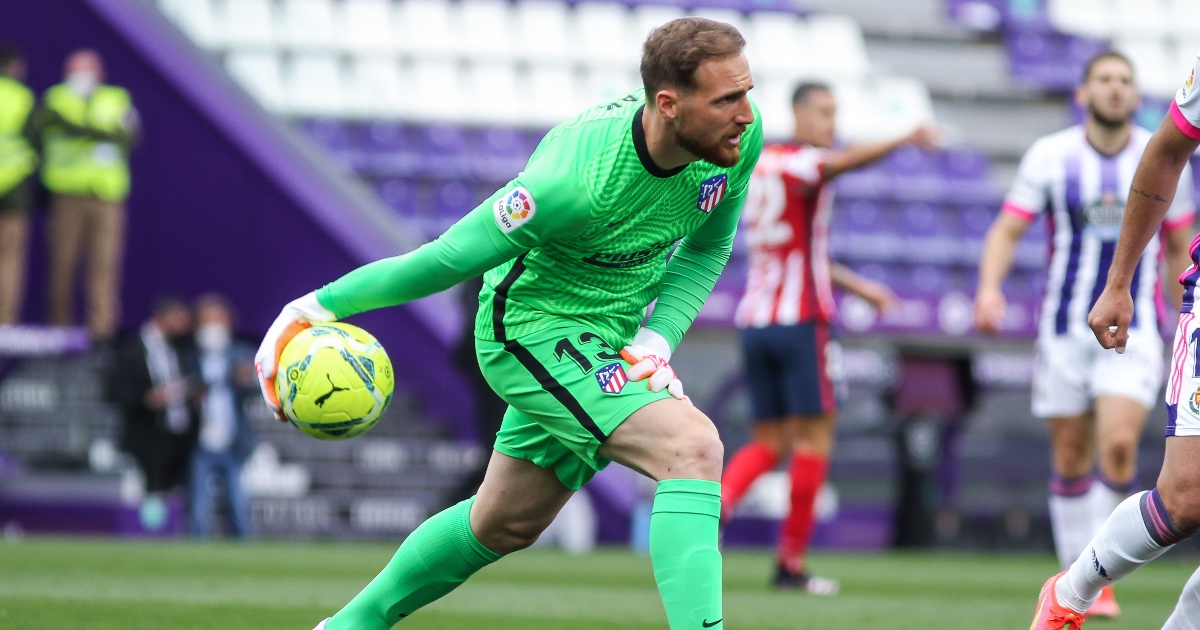 The Atletico Madrid keeper is seen as an ideal replacement for David De Gea at Old Trafford.

His incredible performances continued in 2020/21 as he kept 18 clean sheets in 38 La Liga appearances.

When asked about a potential transfer, Oblak was keen to shy away from any detail.

He told Spanish outlet Marca (via Metro): “I can’t see the future, neither myself nor the club nor anyone can.

“It will depend on a lot of factors, such as if the club needs to sell any players or not.

“I have nothing to say about my future, I have been at Atleti seven years and I have two years left on my contract.

“I have played more than 300 games here and, while I enjoy having won La Liga, I’m not thinking about anything else.

Recent reports suggest United could involve De Gea in a part-exchange for Oblak.

But Atletico will be desperate to keep their star keeper as his influence on the team is only growing.

Oblak captained Diego Simeone’s men on three occasions as they won the La Liga title for the first time in seven years.

The shot-stopper has formed a solid relationship with defenders Stefan Savic and Felipe which is vital to Atletico’s success.

Their defensive togetherness allows them to withstand an immense amount of pressure without conceding. In attack, Luis Suarez and Angel Correa provide plenty of goals.

For United, meanwhile, their keeper situation is one that needs to be sorted soon.

De Gea is rivalling Dean Henderson for the number one jersey, but it’s still not clear who is Ole Gunnar Solskjaer’s favoured option.

De Gea started the Europa League final, yet he failed to save any penalties in the shoot-out. His miss proved to be the final blow as Unai Emery’s Villarreal lifted their first major trophy.

Oblak would solve their problems and make them a force to be reckoned with, it’s just about raising the right funds.

He could fetch a sum of at least £80million.