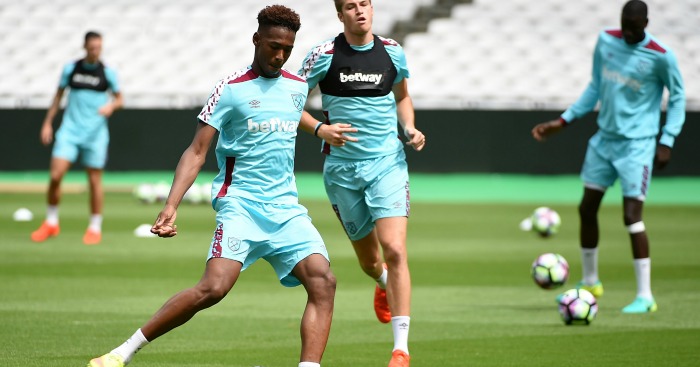 Reece Oxford wants to re-enter contract negotiations with West Ham as he enters the final two years of his current deal.

According to the Daily Mail, Oxford’s representatives feel their client should be offered a deal reflecting the club’s £15million valuation of the defender.

The 17-year-old has been linked with a move to Manchester United, but the club are understood to be in no rush to hold further contract talks.

In May The Sun reported the England Under-19 international had rejected the club’s £12,000-a-week offer, with the two parties some distance apart from reaching an agreement.

Slaven Bilic handed Oxford his debut on the opening day of last season and the teenager went on to make 12 appearances in all competitions.

The Croatian is expected to hand Oxford plenty more opportunities this season with West Ham competing in the Europa League.