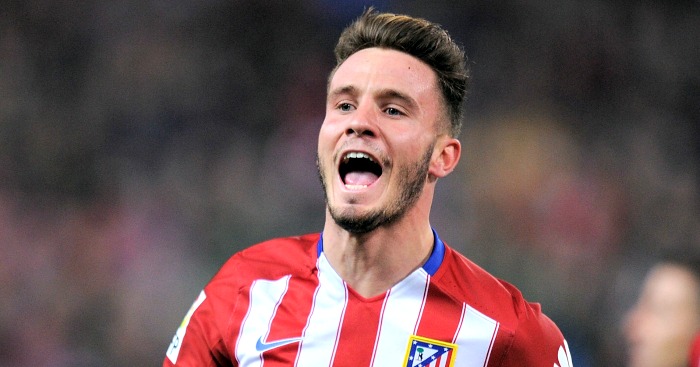 Saul Niguez has seemingly ruled out a move to Manchester United after underlining his determination to stay at Atletico Madrid next season.

Various reports this summer claimed Jose Mourinho had made the capture of the 21-year-old midfielder one of his top priorities for Manchester United this summer and was ready to meet the midfielder’s £54million transfer release clause.

But any hopes Mourinho had of bringing the player to Old Trafford appear doomed to failure after Saul stated his intention to remain with the Spanish capital club beyond the summer. He is also confident that he will get his chance with the national team sooner rather than later after he was axed from Vicente del Bosque’s final 23-man squad for the European Championships beginning in France on 10 June.

The 21-year-old, who recently committed his future to the two-time Champions League finalists until the summer of 2021, has made it clear that he sees his future at the Vicente Calderon outfit and also hopes his manager Diego Simeone stays at the club as well, after the latter indicated he will consider his future following their loss to Real Madrid in the finals of the Champions League.

“I’m fine in Madrid, I play often and I’m happy. Atletico is the club where I intend to stay. Simeone? We all want him to stay,” Niguez told AS.

“I would have liked to have been called up by Del Bosque but for me it was already an award to be in the preliminary squad.

“Now I have to work hard with Atletico because sooner or later my chance will come,” the Atletico midfielder added.