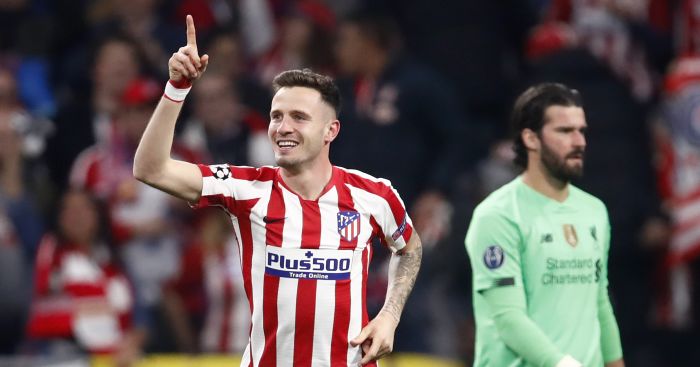 Saul Niguez “doesn’t need anybody to push him” to Man United this summer, according to his agent.

Atletico stalwart Saul was said to be the ‘object of desire’ for Man United earlier this year as the club looks to reinforce their midfield options.

A limit of €80m (£71.3m) has been set on the 25-year-old, whose actual release clause is almost half that, by the Old Trafford hierarchy.

Agent Jonathan Barnett, founder of the Stellar Group agency that represents Saul, Gareth Bale and numerous other players, believes the Spaniard is good enough not to be publicly flogged through the media.

“Somebody like Saul doesn’t need anybody to push him,” he told Sport Witness.

“He’s so good and everybody knows that and they know a lot of clubs want him. But he’s already at a very big club. He has a very good relationship with Atletico Madrid and Atletico fans.

“Every good player is linked with another club. Some agents may want to do that and if they need the press to do something, then they are not very good at their job.

“It’s journalists trying to write things. It may be true or may not be true, but it’s something we as an agency at Stellar don’t really get involved in.”

“I think Jack has a wonderful future,” he said. “I think he’s the most fantastic player.

“He has a great future. It’s all ahead of him. He’s got everything to become a really big star.”