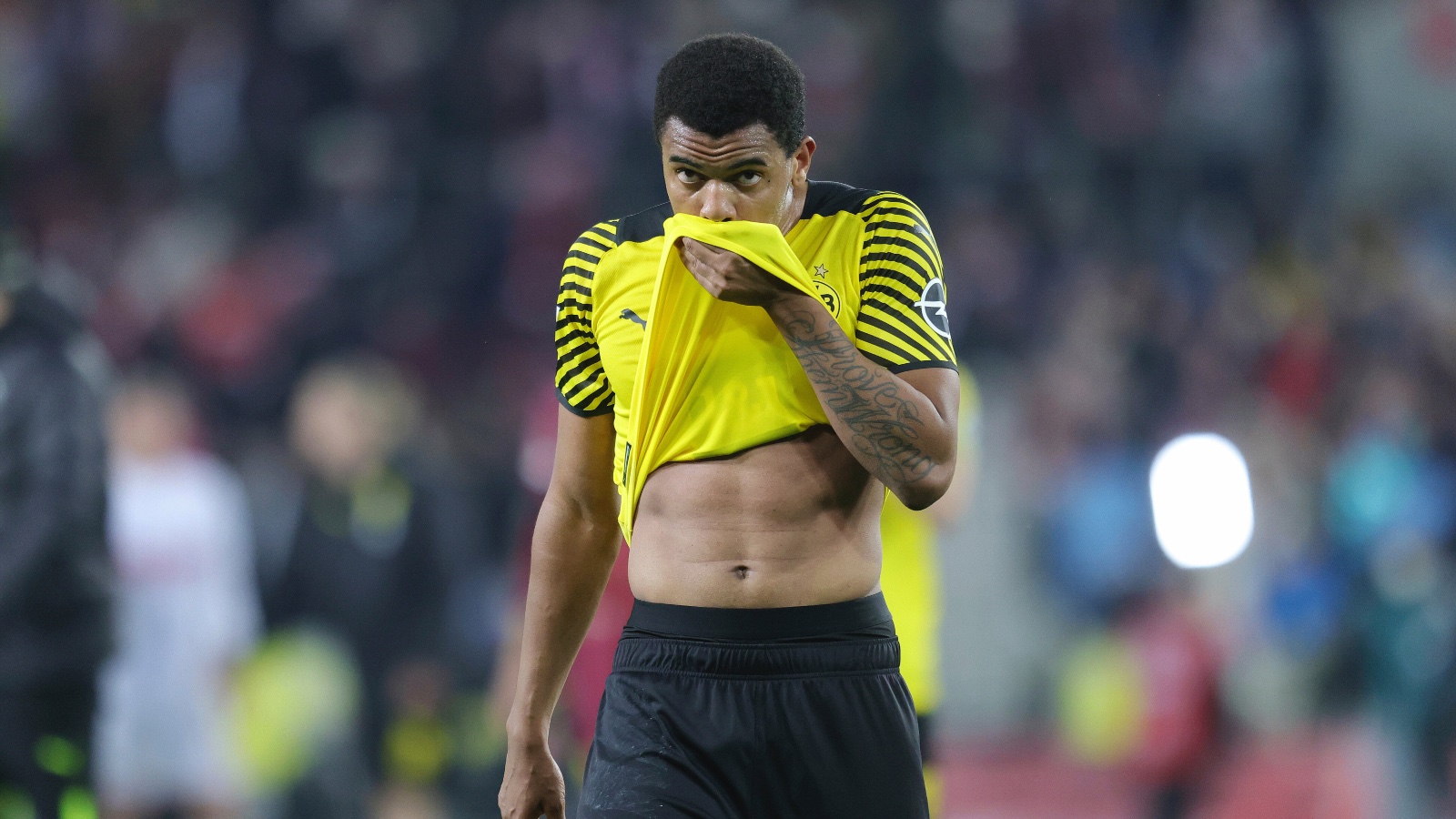 The Switzerland international has been linked with a move to Manchester United since Jose Mourinho’s time at the club.

Akanji opened the door to a future move to Old Trafford in an interview in October 2018.

He said: “Many know that Manchester United has been my favourite club since childhood.

“It would be nice to play there, but that’s not an issue right now.

“I am very satisfied in Dortmund, I want to win titles with BVB and compete in many more big tournaments with the Swiss national teams.”

And with United said to be on the lookout for defensive reinforcements, particularly with the increased scrutiny over the performances of Harry Maguire, Fichajes (via Caughtoffside) claim a deal for the Dortmund star has already been ‘tied up’ as a replacement for the club captain.

Akanji’s contract expires in the summer of 2023 and a report in February claimed the centre-back was eyeing a bigger contract than Dortmund are willing to offer.

United boss Ralf Rangnick was said to be leading the charge for Akanji, with the Red Devils offering a four-year deal with a salary of €15m, three times what he currently earns with the Bundesliga side.

Meanwhile, a report claims the United board have whittled a list of potential new permanent managers at Old Trafford down to four – Mauricio Pochettino, Erik ten Hag, Julen Lopetegui and Luis Enrique.

Multiple sources admit they would “be surprised if Pochettino or Ten Hag were not at the helm”.

And reports linking Thomas Tuchel with United were labelled “media talk not reality”, with it expected Chelsea’s new owners will make keeping Tuchel their priority at Stamford Bridge.

United’s new permanent manager will be derived from the four-man shortlist unless “there is a massive change in circumstance and a top manager that fits the long-term direction suddenly becomes available.”

They want a new manager in place ahead of the new season, but suggestions that a pre-agreement could be struck by the end of this month are “overly optimistic.”