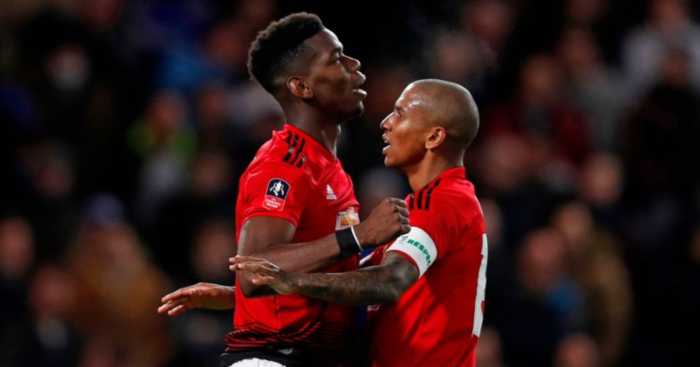 Manchester United are ‘ready to offer’ Paul Pogba the chance to be their regular captain next season in a bid to get him to stay.

Pogba has been linked with a move to Real Madrid this summer after a mixed third season back at Old Trafford.

The Frenchman was named in the PFA Premier League Team of the Year but most of his positive performances came in the two or three months immediately after Ole Gunnar Solskjaer’s December appointment.

But in the final couple of months of the season, and under Jose Mourinho beforehand, he and United struggled.

Pogba reportedly told teammates of his desire to leave in April, having been persuaded to stay by Solskjaer after being pushed towards the exit by Mourinho.

The pair notably clashed during training shortly after Mourinho removed Pogba as his “second captain”, but Solskjaer will offer to reinstate him if he stays.

ESPN FC say Ashley Young ‘is in line’ to take over from Antonio Valencia as club captain, but ‘is likely to have to settle for a reduced role next season’ with a new right-back in-bound.

That leaves the role of on-field captain ‘up for grabs’, and Pogba ‘is one of the names in the frame’ for that role.