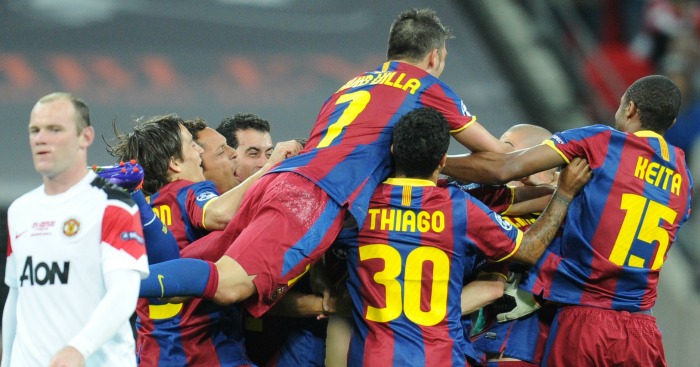 Barcelona dominated the final at Wembley, winning 3-1 thanks to goals from Lionel Messi, Pedro and David Villa.

Wayne Rooney did equalise for United in the first half, but Sir Alex Ferguson’s side were second best throughout.

And former France left-back Abidal has lifted the lid on the “incredible” reaction of the Red Devils.

“The thing I remember most about that final is the last half an hour,” he said.

“The English players were angry, really furious, because we had turned Wembley into a huge rondo and there was nothing they could do about it.

“They kept swearing, shouting everything under the sun. It was incredible. Some of my team-mates couldn’t understand them but I could.