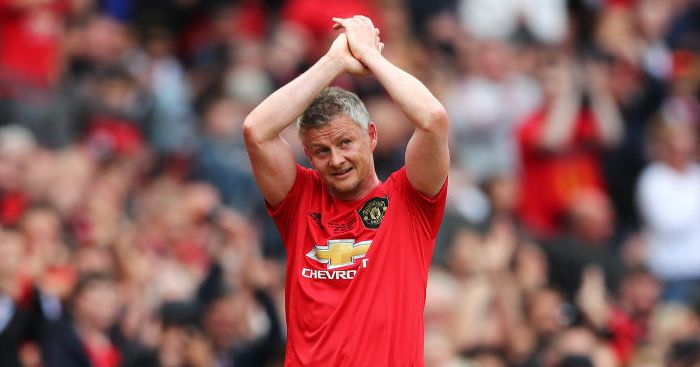 Manchester United have been dealt blows in their pursuit of Premier League pair Declan Rice and Max Aarons.

Dan James has already arrived from Swansea, while Aaron Wan-Bissaka and David Brooks are among their other targets.

The club have also identified West Ham’s Rice as an option to improve their midfield, while Norwich right-back Aarons is considered an alternative to Wan-Bissaka.

But Sky Sports report that West Ham have told both United and Manchester United that ‘they have no intention’ of selling England international Rice after the two clubs ‘made initial enquiries’.

The 20-year-old ‘remains an attractive prospect’ at Old Trafford, but has five years left on his contract in east London.

Norwich are similarly ‘determined to hold on to’ Aarons despite interest from United, Tottenham and RB Leipzig.

The promoted Canaries are said to be ‘confident’ of keeping the 19-year-old, with the Daily Telegraph saying he ‘has not given Norwich any indication he wants to leave and could even be open to negotiating a new contract’.