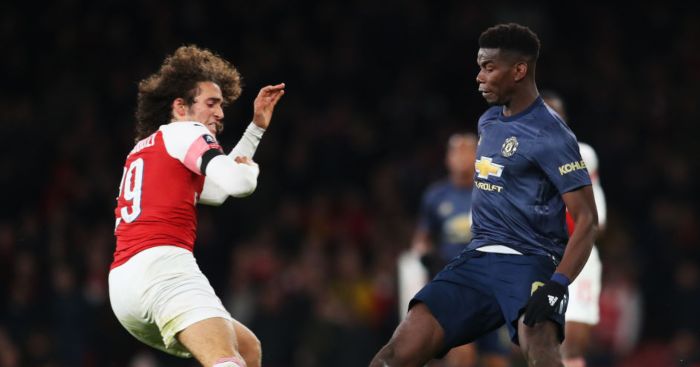 Stan Collymore has some quite ingenious advice for Manchester United – whether they sell Paul Pogba or not.

Pogba’s Old Trafford future is uncertain after he left the club ‘perplexed’ and ‘distinctly unimpressed’ by talking about his future on a promotional tour.

The Frenchman has been made a primary target for Real Madrid as part of Zinedine Zidane’s squad rebuild, with United contemplating boosting their £100m transfer budget with his sale.

Collymore has three players in mind who could replace Pogba with ‘a little change left over’, and believes that the midfield trio ‘would thrive’ under Ole Gunnar Solskjaer.

‘Of course, if Pogba is allowed to go, then Ole Gunnar Solskjaer will have big money to reinvest and I’d go down a different route to the Galacticos-lite path United have trodden in recent seasons,’ he writes.

‘I’d be looking at a mixture of Rice, James Maddison and Matteo Guendouzi, three players who would thrive at United.

‘They’re young, talented, you could bring them up together and even have a little change left over from Pogba – even if you signed all three.’

Collymore adds that United have ‘let Pogba down by ­failing to sign the player or players who’d bring out the best in him’.

The man he has in mind is France ‘water-carrier’ N’Golo Kante, who he believes could be signed alongside West Ham’s Rice if Pogba stays.

‘Ed Woodward clearly doesn’t want to allow Pogba – the jewel in his crown – to leave United this summer and we will have to wait and see if Real Madrid or Juventus can match the minimum £150million United would want,’ he continues.

‘So, if he does end up staying, United ought to be trying to sign two players to set him free.

‘It would be hard to get Kante out of Chelsea or Declan Rice out of West Ham, but that doesn’t mean United shouldn’t try for both.

‘With those two alongside Pogba, United’s midfield would look a lot more like a United midfield should look.’

As ever, it’s great stuff.