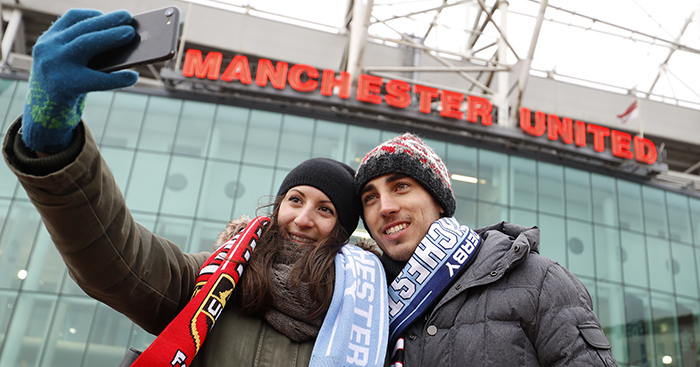 Manchester United have retained their position as world football’s top earners, according to the latest annual ‘Money League’ report by accountancy firm Deloitte.

United made £581million during the 2016-17 season, pipping Real Madrid to the top spot by just £1.5million, the closest margin in the rich list’s 21 years.

It is the 10th time the Old Trafford club have topped the Deloitte list, with their Europa League success being crucial to holding off Real, whose 12th Champions League win helped them swap places with Spanish rivals Barcelona.

Bundesliga giants Bayern Munich held onto fourth spot and Manchester City stayed in fifth place with revenues of £454million. Arsenal climbed to sixth, swapping places with Paris St Germain, and Chelsea, Liverpool and Juventus keep their places to round out the top 10.

In a statement, Deloitte Sports Business Group partner Dan Jones said: “United’s ability to retain first position is all the more impressive against the backdrop of the weakened pound against the euro.

“With both Real Madrid and Barcelona forecasting further revenue growth in 2017-18, the battle at the top will likely come down to on-pitch performance again next year.

“With all three clubs through to the round of 16 of the Champions League, it may be as simple as the club that goes furthest in the competition will have the best chance of topping the Money League next year.”

United’s Europa League campaign was worth £39million, a testament to both the size of the British market for televised football and UEFA’s efforts to raise the profile of the competition.

Unlike some studies of football’s finances, Deloitte excludes revenues from player trading but its numbers confirm several recent reports by other organisations, most notably last week’s report on European club football by UEFA. It also underlines the growing financial clout of the Premier League.

For example, Spurs overhauled Borussia Dortmund to take 11th place, with Leicester up six places to 14th, West Ham up one to 17th and Southampton and Everton new entries in 18th and 20th respectively.

Both Leicester and Southampton were buoyed by their involvement in European competitions but the Premier League’s record-breaking 10 teams in the top 20 is also a result of the improved domestic television deal that kicked in that season.

In fact, Premier League clubs nearly took half of the top 30 places recorded by Deloitte, with Crystal Palace, West Brom, Bournemouth and Stoke in 26th to 29th place – Bournemouth’s revenue of £136.8million last season was £135.7million higher than their equivalent figure in the first ever Money League report in 1996-97, when they finished 16th in English football’s third tier.

Deloitte Sports Business Group senior manager Tim Bridge said the “Money League has a particularly English feel this year” thanks to over half a billion pounds of growth in broadcast and UEFA competition revenues for those in the top 20.

Bridge added that the upcoming auctions for the next cycle of Premier League domestic and international rights, starting from 2019-20, will be “crucial to determining the long-term composition of the Money League”.