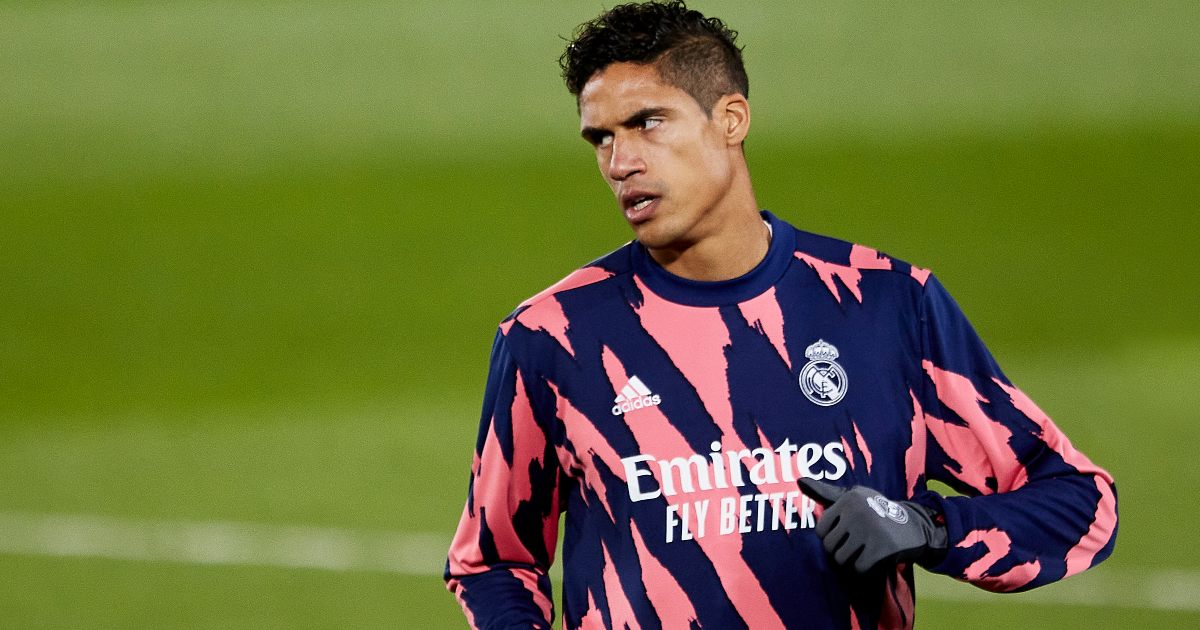 Manchester United have been dealt a blow in their pursuit of Raphael Varane by reports that the Frenchman ‘wants to join’ Paris Saint-Germain this summer.

Ole Gunnar Solskjaer had reportedly made Varane one of his top two defensive targets for United, seeing the Real Madrid man as the perfect partner for Harry Maguire next season.

Sir Alex Ferguson tried to sign Varane from Lens a decade ago, before Zinedine Zidane – the then sporting director of Madrid – pursuaded him to join the Spanish giants instead.

They are also said to have come close to making a £100million bid for Varane following his displays in France’s successful 2018 World Cup campaign.

But the transfer rumours have perhaps never been as consistent as they have been this summer, with various outlets suggesting United were in talks with Madrid over a move.

But El Confidencial (via Express) now claim Solskjaer and United are set to miss out once again.

The report states that Varane is ‘firm’ in his decision to leave Madrid this summer but would prefer a move back to his homeland and PSG, who have ‘already taken an interest in him’.

Speaking on his future, Varane suggested that he is “focused on [his] goal” of helping France at the Euros.

He said: “This is not the time to talk about my future. I am focused on the selection, on this Euro.

“We are all human beings. We can think about it. As for my personal case, I am focused on the objectives that we have in the France team, it is not a subject that I will discuss every day in my room at Clairefontaine.

“I am focused on my goal, and now is not the time to discuss it. If I have to talk about it, it will be directly with the people concerned.”

He added: “My first reaction [to Zidane’s departure] is that I feel proud for the last ten years. He took me from Lens to Real Madrid and I have learned a lot alongside him.

“He is a coach that has a human side. He is a source of inspiration, not only for me but for many players who have met him.

“Seeing him leave is strange for me and for an entire generation of players at Real Madrid.

“It has been a pleasure to work with him, and it would be nice for it to happen again in the future. He is a great coach and a great human being.”