Man United transfer guff dominates the internet. So that means it dominates Mediawatch. 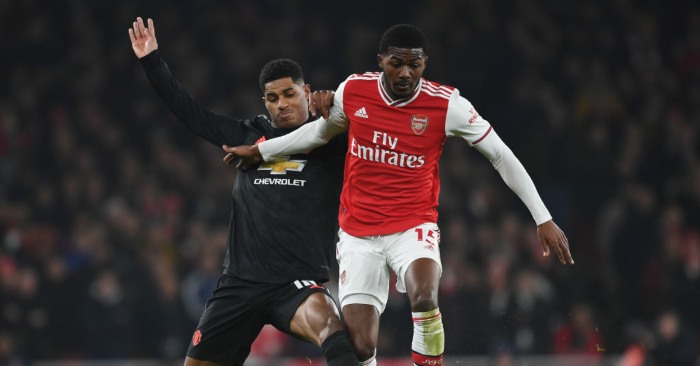 To bid or not to bid

The Daily Mail employ many actual football reporters, with contacts among players, agents and clubs. Two of them are Chris Wheeler and Adrian Kajumba and they combined on Tuesday night for an update from Manchester United:

‘Manchester United could move for Barcelona’s Ousmane Dembele if they abandon attempts to sign Jadon Sancho from Borussia Dortmund before the transfer deadline.

‘United denied reports that they have made a £91.2million offer for Sancho – £73m plus £18.2m in add-ons – which has been rejected by Dortmund.’

This comes a full three hours after the Mail delivered these ‘reports’ (from Sky Sports) of a £91m bid as fact because clicks.

Sums up the ridiculousness of presenting ‘reports’ as facts when you have actual journalists with contacts… pic.twitter.com/5riUxeYOy9

But did Wheeler and Kajumba manage to get any comment from Manchester United on the initial £65m Sancho bid invented by one of their colleagues at the Mail under the entirely made-up name of David Kent earlier this week?

Can you feel the force?

Neil Custis, The Sun, August 4: ‘There has been a breakthrough in negotiations as the Red Devils have forced the Germans into accepting staggered payments, with £70m up front.’

Neil Custis, The Sun, September 30: ‘With the player’s personal terms agreed, talks are ongoing over a transfer fee of £70million, rising to £100m – with Dortmund demanding £90m up front.’

Talks ‘ongoing’ about a transfer fee that Manchester United ‘forced the Germans into accepting’ almost two months ago?

Sounds par for the course for both club and journalist.

The thrill of the new

A ‘new warning’? No wonder it gets top billing on ‘Transfer news LIVE’.

‘Manchester United have been told nothing less than £108million will see them land Jadon Sancho before deadline day.’

New? They have literally been saying the same f***ing thing for months.

Sending out an AMN

When the hunger for Manchester United transfer news is so strong…

…that one tweet from a German journalist who specialises in Bayern Munich news was enough to launch a dozen headlines about an English player moving between English clubs.

Indeed, why stop there? Why not speculate How Man Utd could line-up with Arsenal star Ainsley Maitland-Niles with ‘deal close” (Express).

And this is just glorious:

‘What would it mean for their starting XI?

‘Well, for starters, it could lead to Aaron Wan-Bissaka permanently being dropped to the bench.

‘That is unless United boss Ole Gunnar Solskjaer would be open to rotating the pair, although constant chopping and changing wouldn’t be conducive to defensive stability.’

Yes, they would definitely drop their actual £50m right-back to make room for Arsenal’s current left wing-back. If they bought him. Which they won’t.

‘Edinson Cavani’s contract demands to Man Utd if free transfer is to be completed’ – Daily Star.

And all based on a story in Marca on September 21 when Edinson Cavani’s contract demands to Real Madrid were revealed and Manchester United were not mentioned.

Next week: ‘Edinson Cavani’s contract demands to Ipswich Town if free transfer is to be completed’

Something inside so strong

Over on the other side of Manchester, the Daily Mirror‘s David McDonnell is claiming that City no longer have strength in depth. Yes, that’s the Manchester City with 20 full internationals in their squad. They just don’t have the players, you see.

He looked at the bench from the Leicester defeat and concluded that City have a problem:

‘A glut of injuries and illness is responsible for the depleted personnel, but the strength in depth is no longer there, a consequence of City’s poor work in the transfer market.’

Do you think there’s a slight possibility that might explain why Liam Delap, Cole Palmer and Tommy Doyle were on the bench?

Thank you for the Days

We are a little late to this particular party but even the leftovers are delicious.

Wrote Garth Crooks in his BBC team of the week of Illan Meslier:

‘The more I saw of him the better he got. I haven’t seen a Leeds keeper with this sort of promise since I first watched a young Mervyn Day 40 years ago.’

Just a few words and yet so, so much to dissect. 40 years ago, Mervyn Day was a ‘young’ 25-year-old at Leyton Orient, where he had moved after losing his first-team place at West Ham (where he had been PFA Young Player of the Year back when he was actually young). He did not appear for Leeds until 1985…at the age of 30.

Apart from that it’s all good, Garth.

A headline for our times

‘Watch as Dele Alli takes guard dog out for a walk after England ace was robbed and beaten by knife-wielding thieves’ – The Sun website.

As the robbery was actually in May, you are literally being invited to click the link and watch as a man walks a dog.