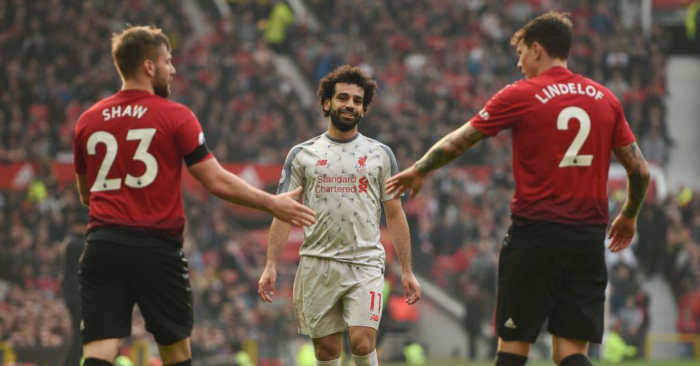 Sarri state
Andrew Dillon was at Stamford Bridge for The Sun on Monday and, being the West Ham fan he is, was completely and utterly impartial when it came to Chelsea.

‘But then neither Chelsea’s eccentric manager nor his team seem to behave like anyone else any more.’

b) The game was played in the evening. It had cooled down a bit.

c) The picture you use of Sarri for the story is of him not wearing a Parka.

d) Is ‘eccentric’ just a synonym for ‘foreign’ now?

e) And so too ‘madcap’, used in the sub-headline?

f) What about ‘oddball’, used in the sixth paragraph to describe a manager who had been ‘mopping heavy beads of sweat off his brow and dragging on a plastic fag in his mouth’?

g) From where else would you drag on a plastic fag (sensible answers, please)?

Appropriate adult
Was he done? Was he heck.

‘Visiting boss Sean Dyche, dressed more appropriately in a shirt and tie, knew he could make the most of set-pieces against an unreliable Chelsea defence – and did just that.’

United front
No sooner – and probably well before – full-time on Monday, attention had already turned to Wednesday evening at Old Trafford. Everything is riding on the Manchester derby, and the Daily Mirror‘s David Maddock is here for an early preview.

‘The idea that Manchester United fans WANT their team to lose to City tomorrow has become an enduring theme in recent months.’

And Mediawatch is yet to come across a single United supporter who genuinely fits that bill and isn’t just trying to wind people up on social media. Carry on.

‘They would rather be relegated than hand the title to Liverpool, the narrative goes.’

It really, really doesn’t. We cannot possibly stress that enough. It just doesn’t. Neither the narrative nor the truth.

‘Anyone but Liverpool. Manchester City stars have heard the stories that their derby opponents will be urged by the Old Trafford faithful to roll over.’

If United fans that actively want to lose to City on Wednesday do actually exist, they can hardly be called ‘the Old Trafford faithful’. They aren’t going to turn up in droves to cheer them on at the stadium, are they?

‘They have been told in the street by United fans they will be Blues for a night.’

Right, that’s about enough. Is there any proof of all this?

‘City defender Kyle Walker is expecting a backlash from United, no matter what Reds fans might wish for.

‘”United fans are in a difficult situation,” he said. “When I’m out and about or walking my dogs, United fans are coming up to me saying, ‘We’d rather City win the league than Liverpool.”

Finders, keepers
‘The records of Ederson and Alisson speak for themselves, with 42 league goals conceded between them all season. But they take the ‘sweeper-keeper’ definition to a new dimension, effectively providing a 12th outfield player for their teams throughout this season’ – Ian Herbert, Daily Mail.

Who is the 11th? No wonder they’re both doing so sodding well.

Make a meal of it
‘Solskjaer and his backroom staff were so infuriated with the performance that it is understood the team chef even gave players a piece of his mind’ – Chris Wheeler, Daily Mail.

Wolves at the door
You know Stan Collymore? ‘The man who always speaks his mind’ for the Daily Mirror? Well it just so happens that he has some things to clear up on Tuesday.

‘We can put to bed the idea that Wolves are the greatest-ever promoted team.’

That ‘idea’ was tucked in months ago and has been sleeping soundly since Wolves lost five and drew one of six straight games from October 20 to November 30, if not when they failed to win any of their opening three matches.

‘Their record against the bottom sides has for weeks suggested they weren’t and now we know their points tally will not match the 77 points my old Nottingham Forest team won in 1994-95 or Kevin Keegan and Newcastle achieved in 1993-94.’

‘Now we know’ that? Their 1-1 draw with Newcastle on February 11 confirmed they could no longer reach that fabled 77-point mark. Have you only just noticed they only have 48 points with four games left?

‘Top 10, if Wolves make it, is decent, but it obviously doesn’t match the third-place finishes of those two sides.’

Gunners make you sweat
Hell, why not provide an update on this season’s other notable edition of Collymaths?

‘I have Cardiff taking a point at Fuham away, nicking a win against Crystal Palace at home and losing at Manchester United on the final day to finish with 35 points,’ he tells the Daily Mirror. Spot on so far.

‘Brighton will lose at Tottenham, draw at home with Newcastle and Arsenal away then lose to Manchester City at home. That’s only two points from four games, but crucially it will taken them to 36 and safety.’

There is but one problem: if Brighton hold Arsenal to a draw, how will the Gunners possibly complete their 102-point season?

‘Palace couldn’t win a game and then they go to Arsenal at the weekend and end up scoring three times.’

Only Manchester (10) and Liverpool (8) have won more league games than Crystal Palace (6) since February 1.

‘Watford are a good team, although every time I say that they lose!’

You’ve compared them to a bag of Revels at least three times this season.

Recommended reading of the day
David Squires on Wayne Hennessey and the Nazis.