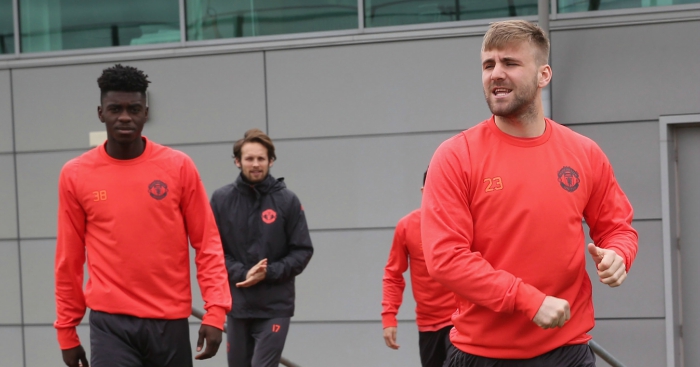 Tuanzebe made his debut at United under Jose Mourinho last season, and has been part of the first team since earlier this year.

He has played just one minute in the Premier League this season due to injury, but could play a bigger role going forward.

The 20-year-old has discussed his first months at Old Trafford, which included an eye-opening training session under Louis van Gaal.

“You don’t forget the first time you train with the first team,” Tuanzebe told Inside United. “It was me, Marcus Rashford and Devonte Redmond, and we went up to training. It was one of the hardest sessions I’ve had in my life.

“I was in the Under-18s at the time and Paul McGuinness was our manager. We thought we were coming along to watch but we ended up playing in a training game. We were a position team, the first team against us. It was so hard, it was so fast, it was physically on another level.

“I remember vividly that Luke Shaw was absolutely rapid. It shocked me that I couldn’t get near him. He was an absolute bullet, just amazing.

“From that moment, I had him as a benchmark for myself, in terms of how sharp he is. After that session, we had seen what we had to get to. Once we’d had a taste of it, then we all wanted more and more.”

Shaw is also one of United’s two fittest players. He sounds bloody good, this fella.