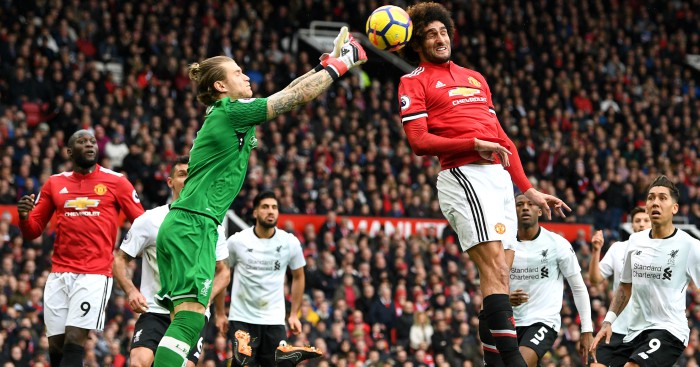 It’s always sad when the season comes to an end. But for stat freaks like me, it’s one of the best times of the year, because we get to check all the numbers one last time for the inevitable statistical round-up. We’ll cover team stats today, and individual stats in a second piece.

We start in the logical place, champions Manchester City. Earlier this week the site offered several of the ridiculous statistics, and we’ll add a few more equally ridiculous. Passes per game are City’s trademark. Last year they set the all-time record with 597.6, and they absolutely obliterated it this year with 743.2, nearly 125 more per match than second-placed Arsenal. Another stat they own is pass completion percentage: last year’s 85.5% (not quite a record) was upped to a truly astonishing 89.0%. Lastly, we have possession, which went from last year’s record 60.9% to an absurd 66.4%. The only way these records will be broken, ever, will be if another Pep side does it. Don’t bet against him.

But we’re not done with City yet. For Guardiola, defence is attack, limiting your opponents’ chances to use the ball. And so they duly set an all-time record low of shots faced, at a minuscule 6.3 per match. Because they press so high, when opponents do get shots they’re good ones, but having Ederson in goal helped reduce their opponent conversion rate from a high 13.0% to an average 11.3%. As a result they allowed the fewest goals in the league.

While we’re on opponent conversion rate, it won’t surprise you that Manchester United are the stingiest, with a very low 6.4%, the lowest since United ten years ago. (Mourinho’s United also led the league last year with 7.4%.) We had a big number at the other end of the table too, with Watford’s very poor 15.5% the worst since Roberto Martinez’ first Wigan side back in 2009/10.

That naturally takes us to conversion rate, where Man City are again tops, with a very high 16.0%, although still well short of the impossible 17.1% turned in by Aston Villa in 2007/08. City took only 0.8 shots/game more this year than last, and a conversion rate like that is hard to duplicate. Next year might be tighter than you think. On a related note, the consensus among the boffins was that Chelsea rode a high 14.7% conversion rate to the title last year, and they were right. Although the Blues actually took more shots this season, they converted only 10.2%, mid-table for that category. Bottom in conversion rate were Huddersfield at 7.8%, low but not abnormally so.

While we’re on shots, let’s talk Spurs. Pochettino likes his team to shoot and shoot more, but their shots/game were down a bit this year, from 17.6 to 16.4. It’s also the first time in three years they didn’t top the table in that category. We’re also used to seeing Spurs tops in percentage of shots from outside the box, but this year they (and everyone else) were dwarfed by Newcastle, who took an unhealthy 47.0% of their shots from outside the area. Burnley were last in this category with 35.4%, not surprisingly, since they took by far the most headed shots.

Goals themselves are a boring stat, unless you look at the part of the body they were scored with. Only one side scored more goals with the left foot than the right. Any guesses? I would have gone with Liverpool, because of Mo Salah. But it’s not Liverpool. It’s not even Lukaku-led Manchester United. It’s Southampton, with Dusan Tadic and Manolo Gabbiadini two of their three top scorers. Chelsea led the league in headed goals, Alvaro Morata chiming in with seven.

On to set-piece goals, the most underrated stat of them all. Set-pieces, both attack and defence, can be coached, and can make a major difference in your GF and GA. One reason Chelsea struggled this season was an epic drop from 22 to 11 set-piece goals. Tops this year with 16 were Bournemouth, always inventive set-piecers. Oh, and very quietly, Liverpool’s struggles against set-pieces have come to an end. They allowed only eight such goals this season, down from 13 last year and 15 the year before that. Brighton somehow survived despite allowing an embarrassing 21. Man City allowed only three, but that’s because their opponents rarely had the ball. Much more impressive was Newcastle United’s four, which sounds like a classic Rafa stat to me.

After goals come assists. (Yes, I know they’re really before.) Early in the year Man City had recorded an incredible 33 assists in 34 non-penalty goals. That rate couldn’t last, but out of 100 non-penalty goals they delivered 85 assists, which at 85.0% is the highest ever recorded. Another useful stat is assists from through balls, which tells you how sharp your passing game is. City naturally led the league with 13, and Tottenham were second with 10, but Chelsea dropped from last year’s 10 to four. Southampton, Watford, Crystal Palace and Huddersfield brought up the rear with one apiece, but I was very surprised to see Liverpool with only four. Sure that’s right, Whoscored?

Let’s move to dribbles, another generally boring stat, because it offers relatively few surprises. The better teams are more comfortable on the ball, and so dribble more, and occasionally you get a guy like Wilfried Zaha who’s dribble crazy and ups his team’s numbers.

But there are two interesting dribble stats this time around. Burnley were bottom in this category by a large margin, and still finished seventh in the league. I assumed this would be a record high, but Southampton actually finished sixth while bottom in dribbles in 2015/16. The other stat, and a very telling one, belongs to Arsenal. This is only the ninth year dribble numbers have been kept, but in six of the previous eight years the Gunners topped the table. This year they finished ninth, easily their lowest ever.

Aerial duel percentage is one of my favourite stats, mainly because Stoke City are always near the top no matter where they finish or who the manager is. This year they were second. First? Manchester United, who leapt from 19th to second last year, and this year finished the job.

Another one of my favourites is fouls suffered, because there’s absolutely no rhyme or reason to it. As far as I know, it has no correlation to any other stat. Leaders the previous five years were Everton, Sunderland, Liverpool, Chelsea, and Bournemouth. This year it’s West Ham United. If you can find a pattern, you can write this column next year.

Fouls committed is another story altogether; the manager sets the tone there. Eddie Howe’s Bournemouth are bottom in this stat for the second year in a row. Topping the table are Everton, and the gap between first and second is larger than any other in the table. Reason 12,597 to dump Big Sam?

We’ve mentioned before that Huddersfield led the league in tackles by a significant margin, the highest ever recorded. Interestingly, though, their raw total is the second lowest ever to lead the league, topping only Middlesbrough’s last season. Looking closer, over the last two years tackles in the league are way down, part of the more passive approach teams are using against the top sides.

Interceptions are always a fascinating stat, because they’re closely tied to team tactics. Crystal Palace are the clear leader here, with their margin over second-place Huddersfield the largest gap in the table. Palace were also second in tackles behind the Terriers. Bournemouth’s attack-minded side finished 19th in this category, ahead only of Manchester City, who play aggressive defence but have the ball so often they can’t rack up big numbers.

Let’s move now to blocked shots, which as we know belong to Burnley – but just barely this time around. The Clarets blocked 191 this season, well down from last year’s 221. As a result they were almost caught by Brighton & Hove Albion, only one behind at 190. But Burnley made up for it by doing the double, leading in blocked crosses by a large margin (134 to 114) over Stoke City.

Speaking of Brighton, although high in blocked shots, they were dead last in the league in blocked passes. It’s a classic combination for a passive defence. The leader in blocked passes was Newcastle, who let the other side have the ball and played aggressively in their half of the pitch.

And speaking of Burnley too, there was much talk early in the season of fewer long balls. They produced a number of fine short-passing outings. In the end they did indeed reduce their long ball passing percentage from 25.3% to 22.3%, not a negligible drop – but were still easily tops in the league.

You can’t get away from Burnley when you do year-end stats. They were also a clear first in the percentage of chances created through long balls. But I was a bit surprised to find West Ham second, since they’re a middle-of-the-pack long ball team. The Andy Carroll effect, when he played?

Offside is a stat you don’t hear too much of. Clearly you don’t want to get caught offside that often, but offside can also be the sign of an aggressive attack. The team finishing last in offside is almost always near the bottom of the table. This year Swansea City tied the all-time record low with 38, and were duly relegated. Newcastle 2014/15 had the same number, but managed to survive on the final day.

Let’s finish with the wooden spoon, possession loss stats. Unsuccessful touches is always fun, because although teams with very high possession edge up here – Liverpool are third and Man City fifth – there’s usually a lesser team at the top to point the finger at. We hit the jackpot this year, because it’s a tie between Everton and Crystal Palace. Then there’s times dispossessed, and it’s Palace again. To wrap up on the lowest possible note, their 1098 for the two stats combined is the highest total ever recorded. It’s Frank de Boer’s fault, of course.