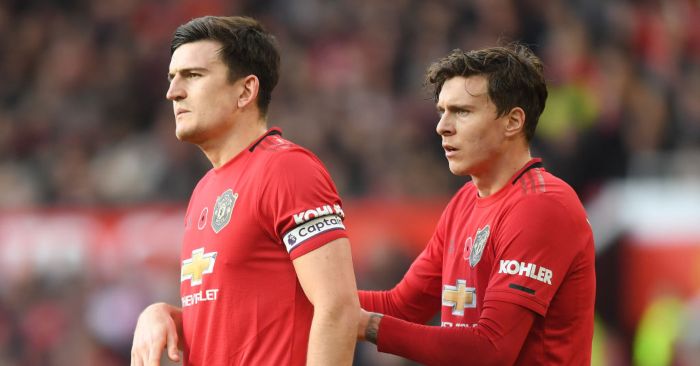 The numbers march on, as does the alphabet. Yesterday it was stats for Arsenal through to Liverpool; today it’s Manchester United through to Wolves. Incidentally, Wolves are last in the alphabet among teams ever to play in the English top flight. But by the end of the season Wycombe Wanderers might be only one division away!

It’s always a challenge to find interesting City stats, because under Pep the extraordinary has become ho-hum. In fact, the weirdest City stat this year is that they’re in fourth. But if you think hitting the post is unlucky, City are unlucky. They’ve touched wood 11 times this season, at least six more than everyone else.

Here’s another telling negative stat. You may have noticed that when City are in doubt this year, they cross. It’s generally the last resort for that kind of team. This season they’re on pace to deliver a whopping 249 more crosses than last season and 332 more than the season before. They have the most key passes from crosses, but it’s a sign something’s not quite right.

Pretty much all the other stats are what you expect, so here’s another oddball. A hallmark of the City style has been a balance between left-footed goals and right-footed goals. Last year they hit almost complete parity, with 39 of one and 38 of the other. This year more of the same, with 16 right foot and 14 left foot.

We also know that Ole’s side emphasise the counter-attack. Their 11 counter shots are third in the league, and their three counter goals are tied for top spot. Even more revealing, though, is that United have only 52.8% possession, ranking eighth in the league, both all-time lows for the club since records have been kept.

A third thing we know is that Man Utd defend well. They defend passively, too: the side are 19th in blocked passes and tied for 17th in interceptions. It’s almost as if their manager were one J. M. from Portugal. One more defensive stat: they’re second lowest in the league for clearances. For a side with only 52.8% possession, that’s a sign of good ball-playing defenders.

Sometimes the stats give you a very clear team profile, and that’s the case with the Magpies under Steve Bruce. The topline number: they’re last in possession at 37.9%, which if it holds would be the lowest ever recorded. The only other side below 40% was Cardiff City last year at 39.1%.

There’s plenty more. Newcastle are 18th in total shots and 20th in shots from inside the six-yard box, but tied for first in shots from counter-attacks. They’re third in percentage of passes played long, tied for first in offsides. They’re last in corners, second in clearances. They’re second worst in unsuccessful touches, but since they don’t keep the ball much, they’ve been dispossessed the fewest times. They’re tied for 18th in balls won in the attacking third. Etc.

With all this, the stat that jumps out is that they’re tied for 18th in fouls committed. That’s very strange for such a low-possession side. They’re ninth in interceptions, which suggests they do some harassing, but that’s still on the low side under the circumstances. Their xGA is somewhere between 13th and 15th – not great but not disastrous, so perhaps it’s the right way to go at the moment.

It hasn’t been going well for the Canaries, which was perhaps to be expected. It’s small consolation that some of their numbers are among the most extreme in the league.

For instance, they engage in fewer aerial duels than anyone else, and the gap between them and 19th-placed Manchester City is the largest in the table, except for Burnley’s lead at the top. Another, rather more unfortunate statistic, is that their tackle percentage is 54.8%, easily the lowest. They’ve also attempted the most dribbles in the league, although Leicester City are close behind.

Perhaps their most interesting stat is that they’re by far the most unbalanced team on the wings, attacking 46% from the left and 34% from the right. Given their current setup, with genuine winger Onel Hernandez lining up left and playmaker Emiliano Buendia moving inside from the right, those numbers might last a while. If that left-side number is the same at the end of the season, it’ll set an all-time record.

The Blades are quite sharp these days, and we covered most of the stats a couple of weeks ago. A reminder, though, that they might want to improve the attack a little: they’re 19th in total shots and a clear 20th in shots on target. They get only 29.3% of their shots on target, third lowest in the league, despite taking a low 30.9% of shots from outside the box.

A few defensive numbers we left out last week, then. United are happy to let you have the ball, taking only 44.3% possession, 18th in the league. At the same time, they’re third in interceptions, which indicates the way they harass in their own half. But they’re still a reasonable joint-9th in fouls committed. Their generally conservative approach also ranks them first in clearances. Right now things are working beautifully: United’s opponents have converted only 6.6% of their shots, lowest in the league.

This isn’t really a stat thing, but the Blades have an amazing where-are-they-now trio in their squad: Mo Besic, Ravel Morrison, and Leon Clarke. Wow. To keep it relevant, they’ve played nine, 12, and 13 minutes, respectively.

Not expecting good news here, but I was very surprised to see the Saints are 19th in pass-completion percentage at 72.9%. Partly it’s because their keepers usually kick long to get the Hasenhüttl press started, but his RB Leipzig sides finished 10th and 6th in pass-completion percentage. Plus, the Saints have completed only 30.9% of their long balls, worst in the league, and again his Bundesliga stats were much better.

The press has put up some decent numbers: for example, Southampton are still second to Liverpool in possessions won in the final third. In addition, they lead in passes blocked, are second in tackles attempted, and although the PPDA has been slowly rising, they’re still sixth best. But fifth worst in shots allowed suggests things need to improve.

Unfortunately the side are back to their old habit of poor finishing, with an 8.2% conversion rate, third lowest. Even more alarming is that they’re last in the league in percentage of assisted goals, with only four of their 10 non-penalty goals coming from a teammate’s pass.

The numbers are ugly, and let’s lead with the most ominous: Spurs keepers have made 55 saves, five more than any other team in the league. Not exactly the profile of a top-four side.

Set-pieces aren’t helping them climb the table, either: they’re 19th in shots from dead-ball situations. They’ve also been dispossessed more times than any other team, and if you think that’s because they have the ball a lot, note that Man City are 16th, Leicester 17th, and Liverpool 19th in that category. Spurs are also next-to-last in dribble percentage.

Any bright spots? The short answer, and for that matter the long answer, is no. They’re third in pass-completion percentage at 83.9%, but that’s mostly in front of defences content to sit back. They’re sixth in conversion rate, but since they’re at best 15th in xG it doesn’t amount to much. The stats are clear. Spurs are no better than a managerless mid-table team.

The Hornets are struggling mightily, and everyone remembers their conceding eight to Man City. But it’s the attack numbers that are more revealing, and the news is better than you think.

For one thing, they’re a solid eighth in shots, and one source has them a decent 10th in xG, although another has them 15th. But eighth in shots and last in goals scored? One reason: they’ve put only 27.8% of their shots on target, worst in the league. Plus there’s the small fact that they’ve scored zero from set pieces, the only team drawing a blank in that category. It adds up to a 5.3% conversion rate, which if it lasts would be the second lowest ever recorded.

But here’s the good news: it’s not all their fault. They’re probably running into some very hot goalkeeping. Penalties excluded, they’ve put 40 shots on target for only six goals, a ridiculously low 15.0% shooting percentage. That’s more than seven percent lower than anyone else in the league. If it continues the whole season, it’ll set a clear all-time record. In fact, they look suspiciously like the anti-Leicester, and as with Leicester, that number should regress somewhat to the mean.

You wouldn’t fancy the Hammers to lead the league in any worthwhile category, but they’re a clear number one in percentage of shots on target, an outstanding 43.1%, way ahead of (another surprise) Aston Villa. They’ve also had the lowest percentage of their shots blocked, only 21.2%. But it hasn’t made much difference: they’re 13th in total shots and in goals.

Goals against, as we’ve seen almost every weekend, are an even bigger problem. But before you exclaim “Roberto!” and start cackling maniacally, note that his save percentage is in the middle of the Premier League pack, right next to Lukasz Fabianski’s. In fact, West Ham keepers have made the second-most saves in the league.

But, as you might have guessed, that’s because the defence is so poor. They’re actually 8th best in shots allowed, but the shots they concede are so dangerous that they’re either 19th or 20th in xGA. That’s particularly damning because high xGA/shot frequently goes along with high-press teams, like Man City or Chelsea. West Ham are average pressers; they’re just top-notch leakers.

Wolves have righted the ship somewhat, although they’re still on pace for six fewer points than last season. Although the counter-attacking system is very much the same, they’re fouling a good deal more, up to 2nd compared to last year’s 10th. In addition, passes blocked are way down, from 3rd in the league to 17th. Those numbers suggest less efficient defence, but right now they’re very close to last year’s pace in both xGA and pure GA.

Another change is the incomparable Adama Traoré (known in this space as the Tornado), but surprisingly he’s made little difference in the numbers. Wolves were the most right-dominant attacking team in the league last year, and they’re only a little more so this year: 43% right to 35% left. Crosses are only up slightly, from 16.4 to 17.1 per match. But dribble attempts are up more than three per game, and that’s what we pay to see.

One more comparison to last season: Wolves have gone from losing possession 23.66 times/match to 23.58 times/match. Now that’s a system