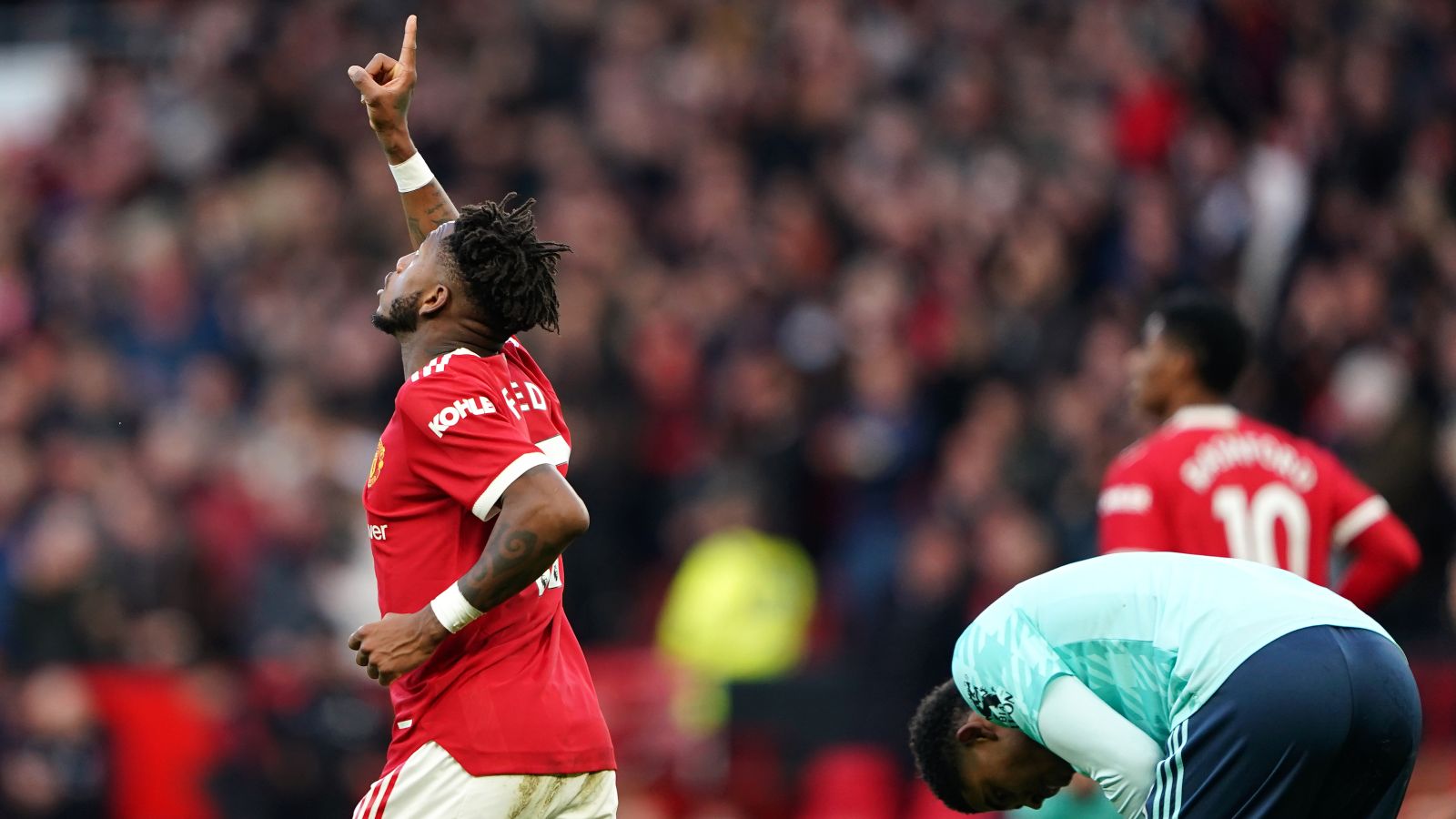 Man Utd were without Cristiano Ronaldo for this game as he is ill and they lacked a cutting edge. They fell behind around the hour mark as Iheancho’s header got the better of David De Gea.

The hosts equalised three minutes later as Fred found the net. Kasper Schmeichel saved Bruno Fernandes’ initial effort but the Brazilian was there to convert the rebound.

De Gea magnificently sprang to his right to keep out Wesley Fofana’s header while Leicester rued the video assistant referee as the lively James Maddison’s goal was chalked off for a foul in the build-up.

Substitute Marcus Rashford, who curiously did not start despite Ronaldo being out, had claims for a penalty waved away on an afternoon where Harry Maguire’s every involvement was booed by Leicester fans.

The former Foxes defender was given a frosty reception on England duty earlier in the week – which was branded an “absolute joke” by Three Lions boss Gareth Southgate – but had a quiet time as United remain sixth in the Premier League, three points adrift of fourth-placed Arsenal, who have two games in hand.

The unavailability of Ronaldo and the injured Edinson Cavani left Man United without a recognised centre forward so Fernandes, who signed a new contract earlier this week, and the returning Paul Pogba dovetailed higher up the pitch to little effect early on.

Leicester were the slicker of the two teams with inventive link-up play but while Harvey Barnes caught out Diogo Dalot on occasion, both the winger and Iheanacho were wasteful with their finishing.

Fernandes was presented with the first significant opening when Wesley Fofana – playing his first league game of the season after breaking his leg in pre-season – saw a sloppy pass intercepted by Fred.

The Brazilian fed Fernandes but the side-footed shot lacked any venom to trouble Schmeichel, who saved with his legs, while at the other end Barnes volleyed wide after getting in behind Dalot.

Luke Shaw was withdrawn for Alex Telles at half-time after appearing to suffer a knock in the first half while Rashford was belatedly introduced 10 minutes into the restart for Scott McTominay, who just moments earlier was fortunate to see only a yellow for a rash, studs-up challenge on Maddison.

Maddison required treatment but provided the ideal response to help Leicester break the deadlock after 63 minutes, delivering a teasing cross from the left which led to Iheanacho stooping to head home.

Despite getting a hand to the ball De Gea was unable to keep it out but his opposite number Schmeichel’s loose clearance gave United possession which allowed them to level three minutes later.

Schmeichel was at full stretch to parry Fernandes’ shot but, unluckily for the Dane, the ball fell to a grateful Fred, who made no mistake with the rebound.

If the equaliser galvanised United then it was not immediately apparent. Iheanacho lobbed over the bar from a narrow angle after taking advantage of Jadon Sancho’s misplaced backpass while a towering Fofana header required a fine save from De Gea, who acrobatically extended himself to claw away the ball.

Leicester thought they had retaken the lead in the 80th minute when Maddison slammed beyond De Gea’s near post but VAR came to United’s rescue, with Iheanacho adjudged to have hooked the standing leg of Raphael Varane.

It was ultimately the correct decision but a mighty let-off for United, who finished strongly without really threatening.

Rashford went over in the box in added-on time and while referee Andre Marriner blew his whistle, it was for offside as the spoils were shared, with Leicester, up to ninth, now unbeaten against their hosts in their last five matches in all competitions.