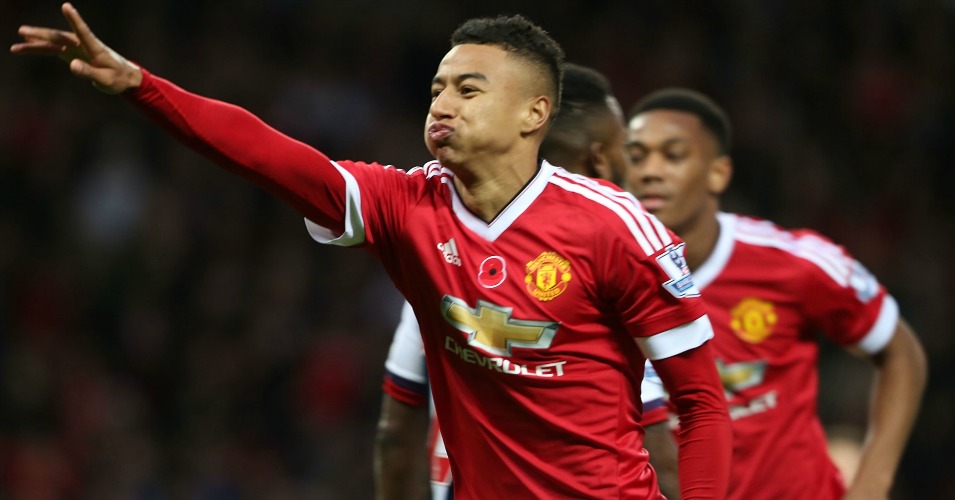 At Old Trafford on Saturday it was the turn of another United youth product to shine.

Lingard, who joined United when he was seven, rounded off a perfect week by planting the ball into the far corner of Boaz Myhill’s goal from the edge of the box to open the scoring.

Earlier this week he supplied a deft assist for Wayne Rooney on his first Champions League start at Old Trafford.

And on Saturday, the Warrington winger was the best player on the park, testing West Brom’s defence before finally ending their stubborn resistance in the 52nd minute.

When Gareth McAuley hauled down Anthony Martial in the box late on, Mike Dean had no option but to send the defender off and Juan Mata converted the penalty to seal the win.

On the whole, United only offered glimpses of champagne football, but unlike of Tuesday night, there were few dissenting voices in the crowd as Louis van Gaal’s side recorded the win that kept them in fourth.

It was a familiar story for the hosts in the first half. Plenty of passing and possession but no end product against an opponent who parked the bus.

On the rare occasion United prised open West Brom’s back four, McAuley and Jonny Evans were there to deny Rooney and Lingard.

There was a brief moment of panic when David de Gea spilled Evans’ header from a corner at the other end, but Marcos Rojo came to the rescue.

The first chants of “attack, attack, attack” from the frustrated home support came from the Stretford End in the 39th minute and not until five minutes later did United to register a shot on target.

United enjoyed 76 per cent of possession in the first half, but they desperately needed a goal.

Thankfully for them it came seven minutes after the restart. Chris Brunt’s headed clearance landed at Lingard’s feet. He took one touch before curling a perfectly-placed shot into the far corner.

United started to play with more freedom. Lingard continued to run at the Albion defence while Rooney attempted to thread Martial in behind.

The move almost paid off when Craig Dawson found Berahino unmarked in the box, but he headed over. His manager was furious.

Van Gaal, meanwhile, brought on 18-year-old Cameron Borthwick-Jackson on for his debut.

Lingard was still very much the star of the show, however. The winger tricked his way past two defenders inside the Baggies box but could not make it past a third.

Mata then sealed the win in injury time when Martial won a penalty after being brought down by McAuley. Dean sent the defender off and Mata beat the Baggies goalkeeper.