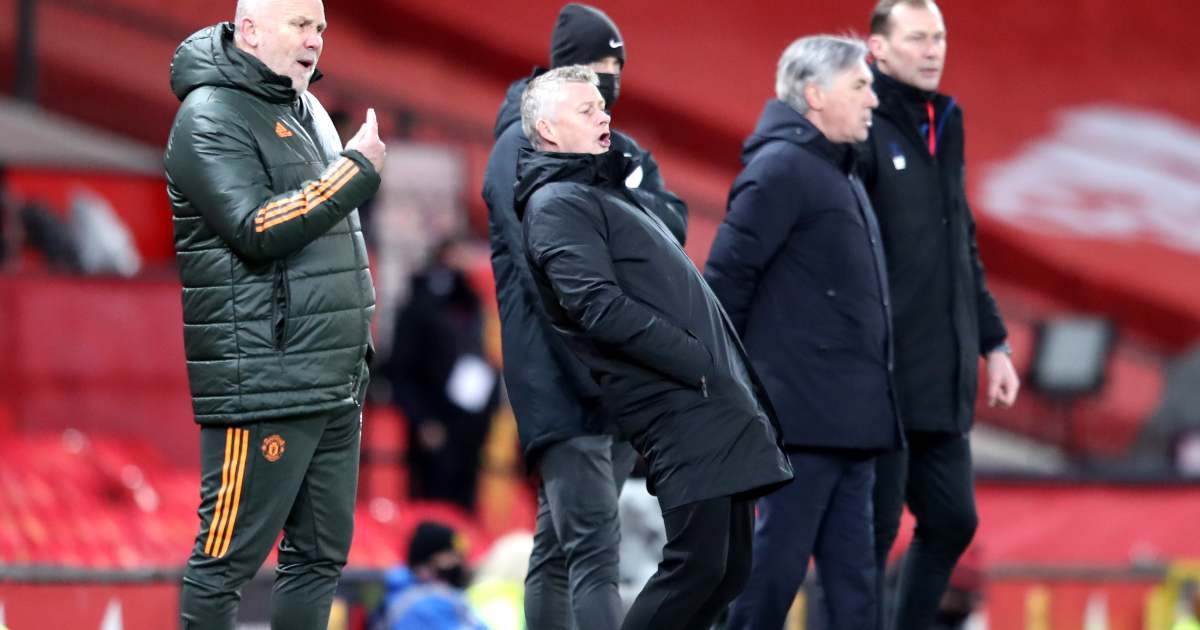 Ole Gunnar Solskjaer was frustrated by the way Manchester United blew victory against Everton after conceding with the last kick of the ball.

Just days after thumping nine-man Southampton 9-0, the Red Devils were on course for another Old Trafford victory having recovered from a poor start to the second half.

United went into half-time with a two-goal cushion thanks to Edinson Cavani’s header and a sublime Bruno Fernandes effort, only for Abdoulaye Doucoure and James Rodriguez to draw Everton level within seven minutes of the restart.

Scott McTominay put the hosts back ahead, only for Dominic Calvert-Lewin to react quickest when Lucas Digne’s stoppage-time free-kick was flicked on to seal the Toffees a 3-3 draw.

“Well, of course when you’re in the 94th minute and you’re winning the game I think it feels worse, when you concede in the last minute,” Solskjaer said.

“That’s what cost us because we played some very, very good stuff.

“You know, you can sit and you can talk about the good performance or the domination of possession and chances we had, but still we come away with only one point.”

🗣"I wouldn't blame anyone on the goals, but we could have done better"

Ole Gunnar Solskjaer did not blame David De Gea for his 2 mistakes which resulted in Everton goals pic.twitter.com/ANl0ssbBiL

The equaliser came after Everton exposed United’s all too familiar frailties from set-pieces, with Michael Keane flicking on Digne’s free-kick and Calvert-Lewin turning home.

“We know that many teams in the Premier League have got good players and Everton more than others,” Solskjaer said.

“When we give them a chance to even put the keeper up there, there was 10 men in there – just one that launched it and 10 in the box.

“It’s about staying high, winning the first challenge, of course. If you don’t stay up on the line and clear it, and we just couldn’t manage.

“But it happened before that. We should have played the minute out better. Of course we should have.”

Solskjaer says Paul Pogba will have a thigh complaint scanned on Sunday after limping off in the first half.