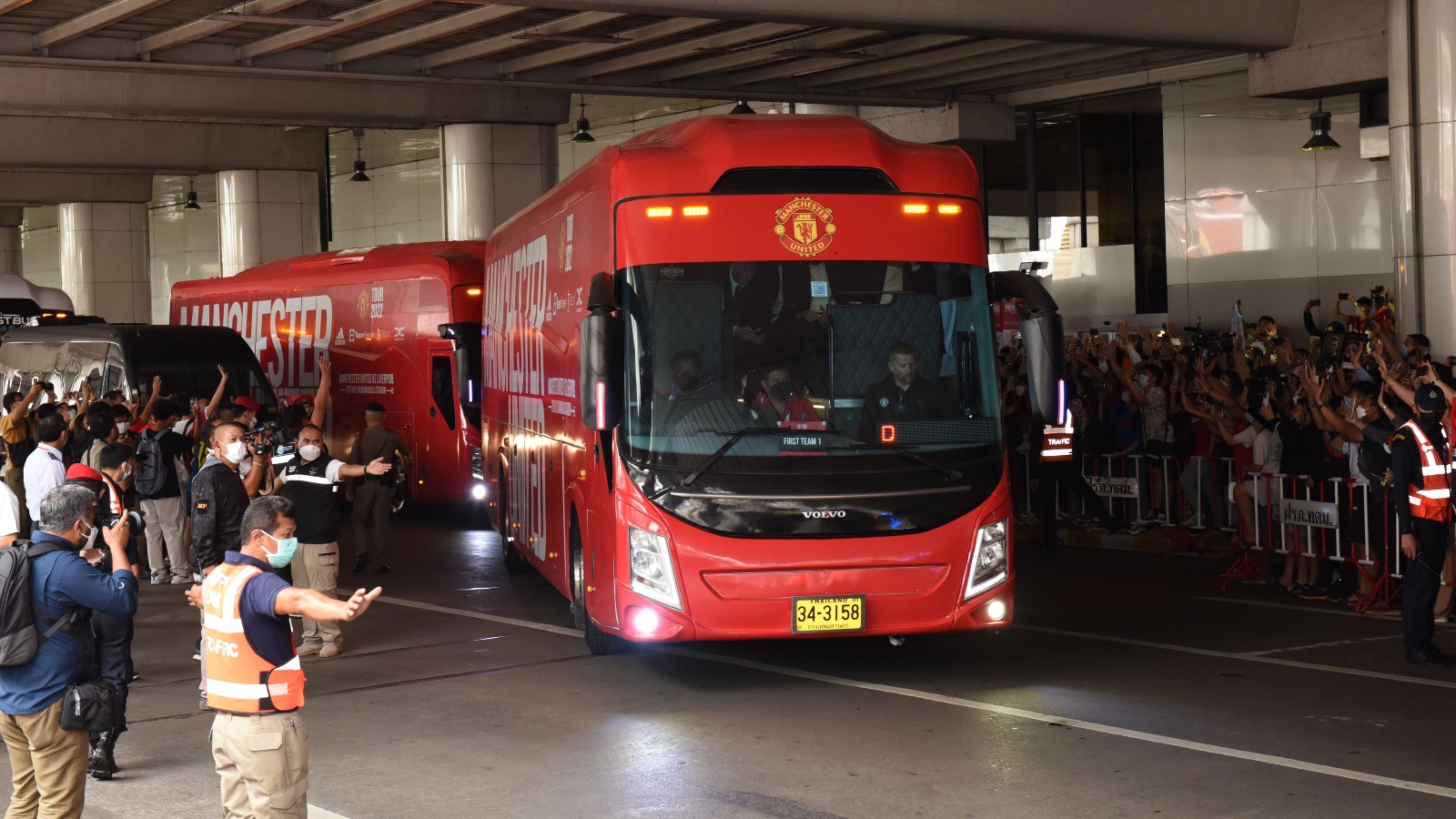 Erik ten Hag enjoyed a winning start to life as Manchester United manager as Fred scored an outstanding chip in a promising 4-0 friendly win against rivals Liverpool in Bangkok.

The newly-appointed Dutchman will have liked a lot of what he saw in the humid Thai capital on Tuesday evening after a fortnight of hard work on the training ground.

Ten Hag will not get carried away given Liverpool are behind United in terms of pre-season preparations and started with a far less experienced team, but there were certainly welcome signs of quality and potential.

Jadon Sancho, Fred and Anthony Martial scored in a whirlwind first half at the two-thirds full Rajamangala Stadium, where Facundo Pellistri wrapped up victory in the Bangkok Century Cup.

It was a good start for Ten Hag on a night when Fred’s goal was the highlight, having met a poor clearance with an audacious right-footed chip from 20 yards that sailed over Brazil team-mate Alisson Becker in the Liverpool goal.

Popstar Jackson Wang was the main attraction before the match and his performance was followed by an enthusiastic welcome for these rival clubs.

Marcus Rashford rippled the side-netting before the Reds somehow failed to level. Luke Chambers had a chance and summer signing Fabio Carvalho and Diaz hit the woodwork in quick succession.

The entertaining theme continued before United extended their advantage in stupendous fashion. Having seen an attack break down, Fred was alert to a poor clearance and expertly lifted the ball over Alisson from the edge of the box.

Liverpool entirely rotated their outfield players on the half-hour mark and were soon further behind.

Martial, back from a disappointing loan at Sevilla, won the ball off Rhys Williams and continued to coolly lift over Alisson. Diogo Dalot nearly added a fourth but his cross-shot rattled the goalframe.

United emerged for the second half with a new outfield line-up, which saw a first appearance for the club for newly-acquired left-back Tyrell Malacia.

It was a hodgepodge of largely peripheral players and youngsters as United lost their rhythm against a Liverpool side who made more sweeping changes for the final half an hour.

Among those brought in were Mohamed Salah, Virgil van Dijk and big-money summer signing Darwin Nunez, who was denied a first Liverpool goal by back-up United goalkeeper Tom Heaton in the 70th minute.

It was another Uruguayan celebrating the final goal of the evening. Eric Bailly’s driving run from the back ended with Amad Diallo playing back to Pellistri, back from a loan stint at Alaves, and he struck into the bottom corner.

Salah hit a post and Nunez missed the follow-up as Liverpool pushed for a consolation that somehow did not arrive given they ended the match on top.