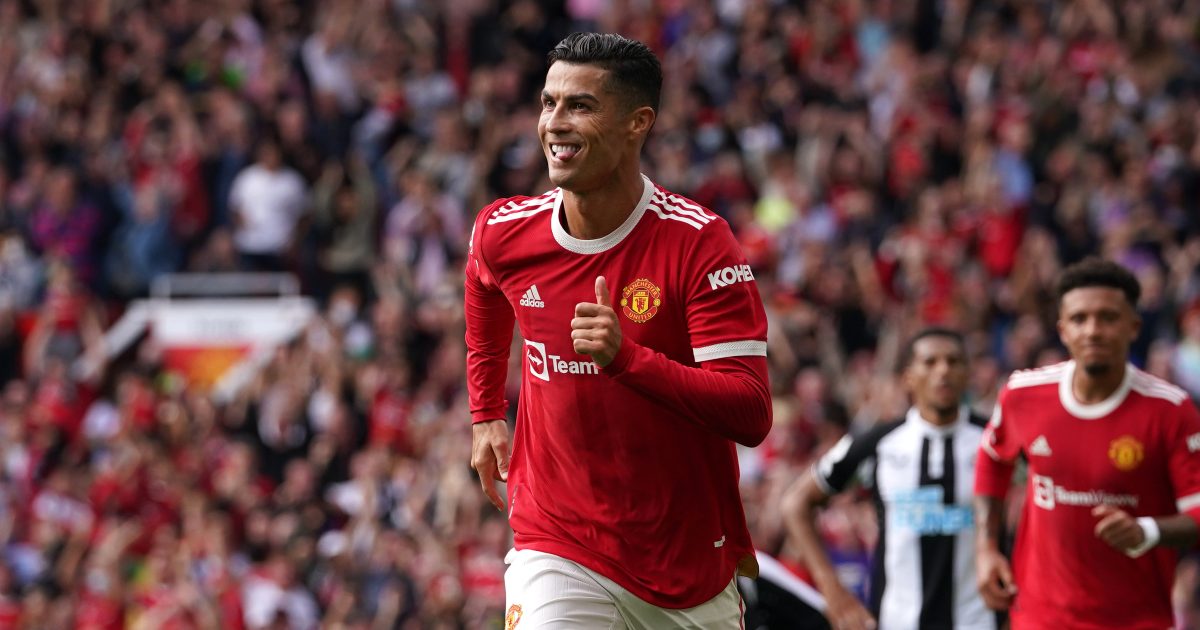 Cristiano Ronaldo hits the ground running as he netted a brace in his second debut for Man Utd to help his side beat Newcastle United.

Ronaldo returned to United this summer from Juventus. His first spell at the club came to an end in 2009.

The forward was named in the starting XI against Newcastle and he made an impact just before half time.

The frontman opened the scoring and put Man Utd back ahead after Javier Manquillo had levelled for Newcastle, with Bruno Fernandes’ stunner and a fine Jesse Lingard goal sealing a 4-1 victory at a bouncing Old Trafford.

It was a memorable occasion that saw deafening roars greet Ronaldo’s name being read out, let alone in response to his goals which he celebrated with the customary jump into the corner with his arms by his side.

Sir Alex Ferguson was in attendance along with rarely-spotted co-chairman Avram Glazer and executive vice-chairman Ed Woodward on Saturday, when Newcastle’s resolve was broken in first-half stoppage time.

Ronaldo had a simple tap-in after Freddie Woodman spilled a deflected Mason Greenwood effort, but the hosts had looked shaky defensively and Manquillo fired home after a fine Newcastle break early in the second half.

But Ole Gunnar Solskjaer’s side were not to be denied.

Luke Shaw superbly threaded through Ronaldo to fire home in front of the Stretford End, with compatriot Fernandes scoring a 25-yard rocket before substitute Lingard wrapped things up in stoppage time.

The match was a fitting end to the hullabaloo that followed Ronaldo’s return, with number seven shirts old and new filling the ground as home fans cheered his every move.

But it was not all positivity towards the forward. As well as chants by Newcastle fans, a banner was flown over Old Trafford in support of the woman who accused Ronaldo of rape – an allegation he denies.

The Portuguese’s movement caused problems from the outset and he rifled into the side-netting from an acute angle shortly after Newcastle fans had ironically cheered a mishit attempt.

United were launching attack after attack and Raphael Varane, making his first Old Trafford appearance, headed just across the face of goal from a corner.

Fernandes tried an audacious attempt from the halfway line that was that was not too far over the backpedalling Woodman’s goal.

Newcastle were warned for their time wasting from the resulting goal kick as they frustrated the hosts, who they could have punished had Joe Willock shown more composure when collecting a loose ball in the box.

The 22-year-old smashed over instead of squaring as the half looked set to end goalless, with Fernandes sending a long-range strike skipping wide, Jadon Sancho having a shot blocked and Harry Maguire heading at Woodman.

Newcastle had 10 men behind the ball out of possession and were leaving precious little space, but United found a way through in stoppage time.

Greenwood cut in and hit a left-footed shot that took a slight deflection and Woodman spilled into the path of Ronaldo who turned it into the empty net.

The veteran wheeled away to the corner in celebration, with fans’ ‘Viva Ronaldo’ chants continuing into half-time.

But just 11 minutes into the second half Newcastle were level. Miguel Almiron turned superbly and skipped beyond Maguire at the halfway line before passing across to Allan Saint-Maximin, who directed it on for the overlapping Manquillo to fire beyond David De Gea.

The visitors’ break was as impressive as United’s defending was poor, but the hosts made amends in the 62nd minute.

Shaw burst forward and superbly played through Ronaldo, who stayed strong under pressure to fire a low left-footed strike through Woodman’s legs in front of the rocking Stretford End.

De Gea did well to prevent Joelinton pulling Newcastle level for a second time and Greenwood saw an effort blocked as the hosts pushed for a third.

They managed that 10 minutes from time with the goal of the day. Fernandes collected the ball 25 yards from goal and unleashed a stunning strike into the top left-hand corner.

Newcastle fans called for manager Steve Bruce’s sacking and some United supporters chanted against the Glazer family and Woodward as the match wound down.

Substitute Lingard added a fourth with a lovely stoppage-time touch and finish.