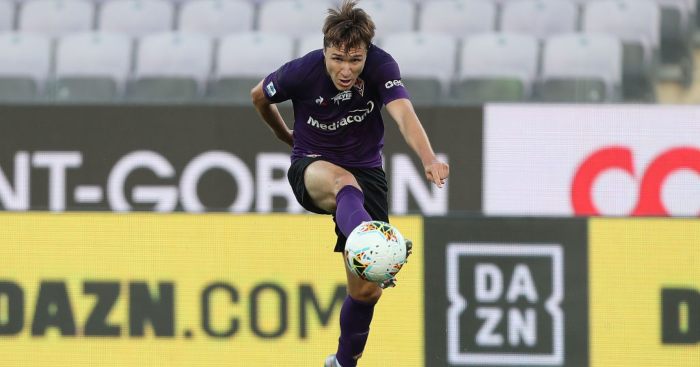 Premier League side Man Utd are closing in on a deal for Fiorentina winger Federico Chiesa, according to reports in Italy.

Chiesa has scored seven goals and provided three assists for his team-mates in 30 appearances in all competitions this season.

A month later in June and La Nazione claimed that the Red Devils had lodged a £45m offer for the winger but only now are we hearing more reports.

Italian outlet Corriere Fiorentino reckon that Man Utd are ‘very close’ to meeting Fiorentina’s valuation of Chiesa with a £50million-plus deal ‘is close to being agreed’.

The Red Devils, however, will still need to be ‘extra convincing’ if they are to land the 22-year-old as Chiesa and his father have ‘always made it clear’ that they are not actively pursuing a move outside of Italy.

Back in May, Fiorentina’s CEO Joe Barone confirmed that a number of English clubs were interested in his services.