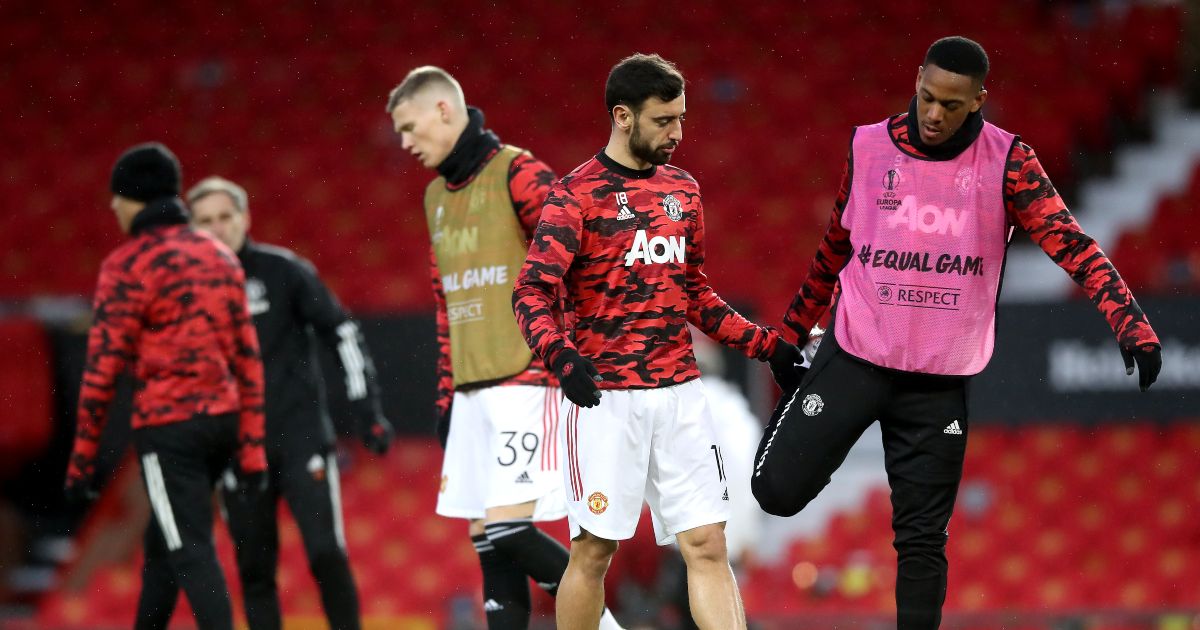 Man Utd should “snap their hand off” if anyone offers £50m for Anthony Martial this summer, according to former Newcastle United midfielder Rob Lee.

Martial has four goals and three assists in 22 Premier League appearances this season with the Red Devils still searching for a centre forward who can score 20 plus goals a season.

Bruno Fernandes and Marcus Rashford are far and away the Red Devils top goalscorers in all competitions this season, with 23 and 18 goals scored respectively.

While Edinson Cavani, who was signed on a free transfer in the summer, and Martial are fighting it out for the main striking role.

Martial has come in for a lot of criticism this season and ex-Premier League midfielder Lee has picked out his “terrible” attitude as a reason to let him leave in the summer.

Lee told FootballFanCast: “He’s such a talented lad, he’s quick and he can finish well but some days, he just doesn’t seem interested.

Alan Shearer has also been frustrated with the Frenchman recently with the Newcastle legend annoyed at Martial’s lack of “hunger” to score goals after their 3-1 loss to Leicester City in FA Cup.

“He was very isolated but then sometimes you need help off your team-mates but you can also help yourself by putting yourself in better positions,” Shearer told BBC Sport.

“It was a really frustrating performance for him because when his team-mates are looking for options from him, for him to either come short to be the link-up play, a lot of the time I’m thinking, ‘Come on, help’.

“Paul Pogba is looking for some help, he needs a run off the forward, there’s no one there. In his defence, he never really had any midfielder who was prepared to run past him or prepared to give him that little bit of support he so badly needed.

“He kept on pulling onto the full back for the long diagonal, which is fine that can be good but not every time. It didn’t really work for him tonight and I was really frustrated for him on the sidelines.

“I don’t think he’s a nine. He doesn’t look comfortable in the nine position. He doesn’t look as if he’s got that hunger to score as many goals as he could and should. It was a frustrating performance.”