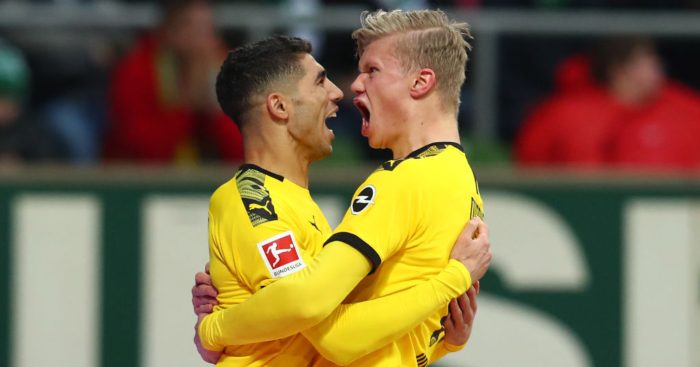 Manchester United offered a huge package to tempt Erling Haaland to join in the January transfer window, according to reports.

It is common knowledge that Man Utd tried to sign Haaland before he agreed to join Borussia Dortmund instead, with the Norwegian feeling a move to the Bundesliga was the right choice.

That left the Red Devils desperately searching for a striker near the end of the window with the club bringing in Odion Ighalo on loan until the end of the season from Chinese Super League side Shanghai Shenhua.

FEATURE: Erling Haaland reminded us what football is really about

And SportBild (via Sport Witness) claims that Man Utd put together a ‘mega-offer’ for Haaland with ‘a package around €60m’ put forward to RB Salzburg.

The deal triggered Haaland’s €20m release clause at Salzburg with €40m leftover to make sure the Austrian side and Haaland looked upon their proposal favourably.

The report claims Haaland’s salary was not included in this figure and adds that the 19-year-old wouldn’t have moved to Dortmund if he had ‘made a financial decision’.

Sport Witness continues by saying that SportBild doesn’t make it clear how the extra €40m would be used to convince Salzburg and Haaland.