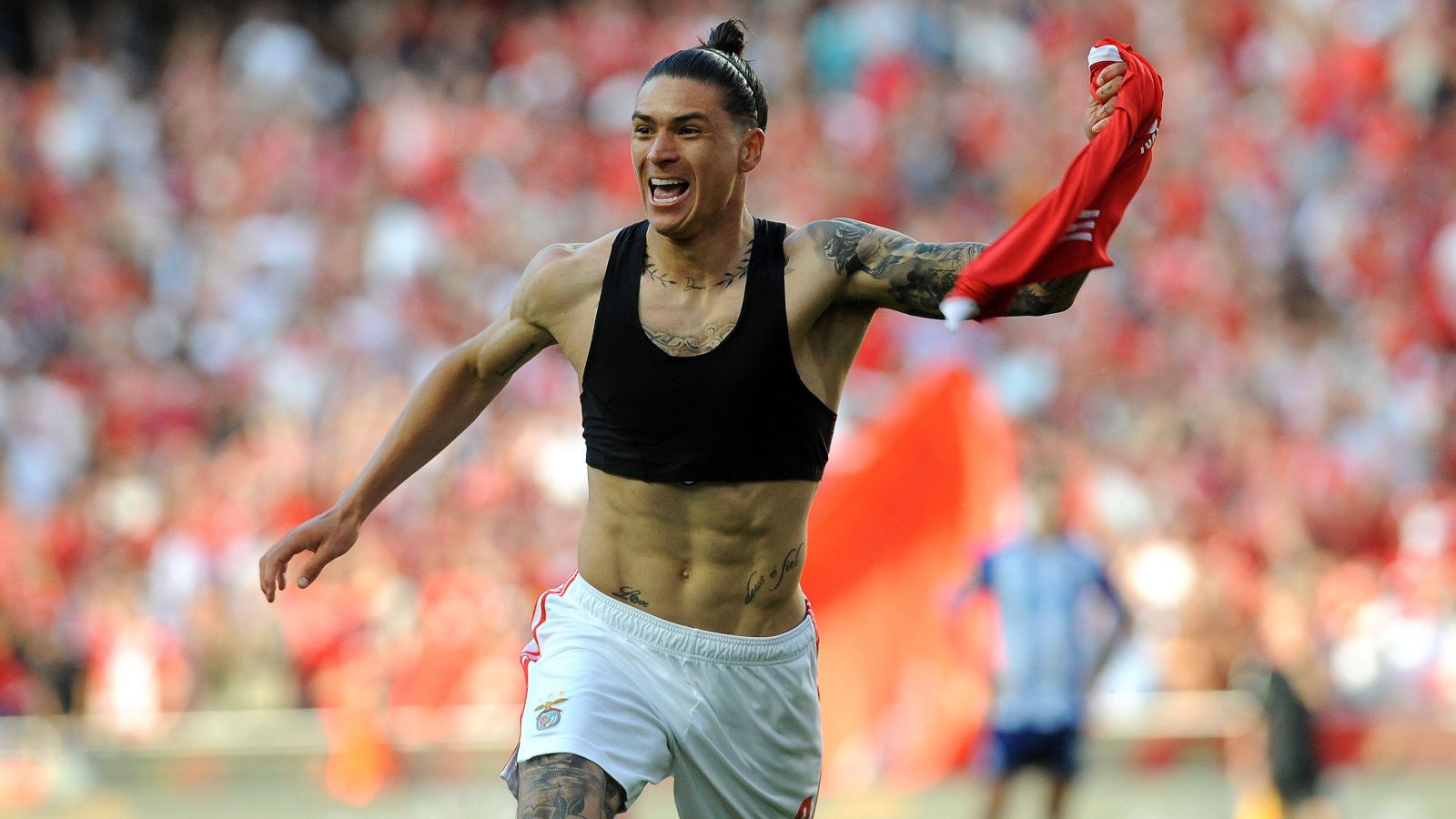 Man Utd have reportedly made a bid for Benfica striker Darwin Nunez as Erik ten Hag looks to complete some early summer business.

The Uruguay international, who has been linked with numerous clubs, has been in incredible form for the Portuguese side this season, contributing 34 goals and four assists in 41 matches in all competitions.

After a quieter first season at Benfica, Nunez has really exploded into life this campaign following a 2020 move from Spanish side Almeria.

Since Erik ten Hag took over late last month there has been lots of movement out of the club, with Paul Pogba and Jesse Lingard announcing they will be leaving Man Utd this summer, while there has been plenty of speculation about who come join this summer.

Portuguese publication Correio da Manhã (via Sport Witness) claims that Man Utd have made a bid of €105m (£90m) to Benfica for Nunez’s services.

It took a bit of ‘financial engineering’ to reach that figure as the Red Devils are willing to pay €75m up front, €20m in bonuses and another €10m as the value of a loan player coming in the other direction.

The report adds that Andreas Pereira – who has been on loan at Brailian club Flamengo this season – was the first name suggested to Benfica by Man Utd.

However, Benfica are yet to accept the offer in the hope they may get a better proposal from elsewhere despite asking for bids of at least €100m this summer.

Speaking in May, respected journalist Fabrizio Romano claimed that Man Utd would need to bid between £64m-£68m just to “open negotiations” for Nunez.

“It will depend on the price because, for example, in January on deadline day, West Ham made a proposal of €45m (£39m) and it was turned down because Benfica wanted €55m (£47m),” Romano told the Wondergoal podcast.

“He now has a new agent that is really close to Jorge Mendes so it’s gonna change the future of the player.

“So, everything is absolutely open but I’m sure Darwin will be ready to leave Benfica in the summer and make a big move in the summer.”