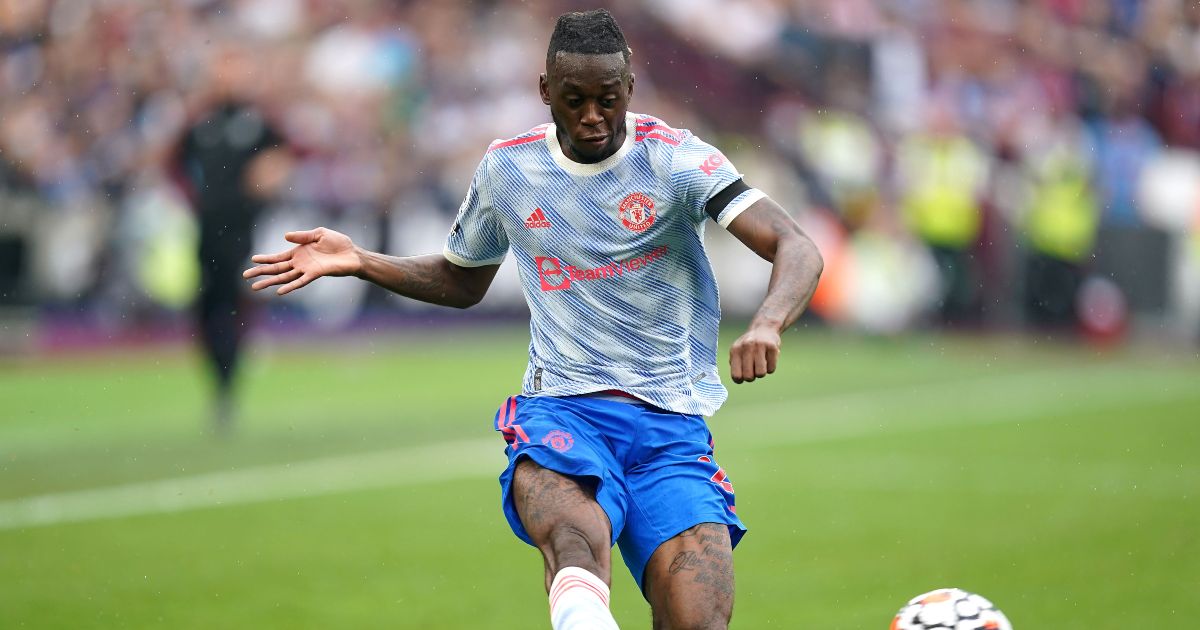 Man Utd defender Aaron Wan-Bissaka has had the ban for his red card against Young Boys in the Champions League extended to two matches by a UEFA disciplinary panel.

Wan-Bissaka received a straight red card in the 35th minute of his side’s shock loss earlier this month after a foul on Christopher Martins Pereira.

The full-back’s mandatory one-match ban has been increased for “rough play”, meaning he will miss next month’s home clash with Atalanta in addition to Wednesday night’s game against Villarreal.

Speaking after the match, Man Utd legends Paul Scholes and Rio Ferdinand were in agreement that Wan-Bissaka should’ve seen red.

“He causes his own problem with his really clumsy touch. The tackle is awkward, I don’t think he’s done it on purpose, a little accidental, and he goes over the top, and unfortunately, he has to go,” Scholes admitted.

Scholes’ fellow pundit Ferdinand agreed, the ex-Man Utd defender added: “He didn’t put much of a fuss up either, so he knew himself. He expected it when the challenge was made.

“In our time, that wasn’t a red card. You get a pat on the back for making contact.”

Ole Gunnar Solskjaer said at the time that it was “never a dangerous tackle” but he could see why the referee made the decision to send him off.

“I can understand why he gives it,” Solskjaer said. “Aaron takes a touch that goes too far, it’s never a dangerous tackle because he hits him in the front of his foot.

“We saw with Harvey Elliott you sometimes can see bad injuries [but] it was never reckless or malicious. Maybe inexperience to go through without the ball but the boy wasn’t going to be injured. And it makes it difficult after that with 10 men.

“Aaron’s normally a very, very astute tackler, one of the best in the world.”

Meanwhile, Raphael Varane is convinced Manchester United are on a “positive, upward curve” despite some poor recent results.

“What I’ve been able to see is, with my team-mates, there’s a lot of quality in our squad, in our team,” the France international said. “We’ve got huge potential, I’m convinced of it.

“I think that there’s talent, there’s experience there as well. We’ve got everything you need to have that belief that you can do well.

“I think that’s a really key issue – we’ve got to believe in ourselves, be convinced that we can do it, we have got to be ambitious, believe in our own potential and then I think you can achieve things when you do that.

“There’s everything there in the right place. Just concentrate on the little details but keep believing and have that positive mentality.

“I believe that each time we go into a game, we go on that track and keep on that road of positivity, think on how we can improve in little details and then I think we’ll be there. As I say, we’re on the right road.”