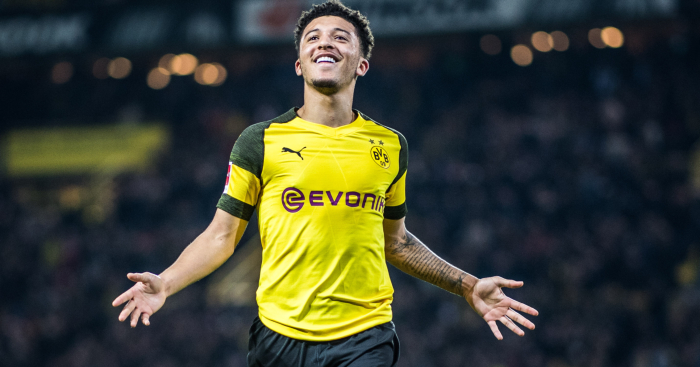 Manchester United ‘absolutely’ want Jadon Sancho to join the club, according to reports in Germany.

A CIES study recently rated the England international as the most valuable youngster in world football, calculating his worth to be £184million.

He has consistently been linked with a return to the Premier League with Chelsea, Liverpool and United all interested.

And Sport Bild (via Sport Witness) claim the Red Devils are ‘absolutely’ keen on signing Sancho, who Dortmund say would be available for £120million.

But the report also claims that the winger has doubts over a move to Old Trafford, with Ole Gunnar Solskjaer’s side facing a battle to secure Champions League football next season.

The current uncertainty surrounding the coronavirus epidemic is also said to be key, given the impact it has had on the football calendar and potentially club finances.