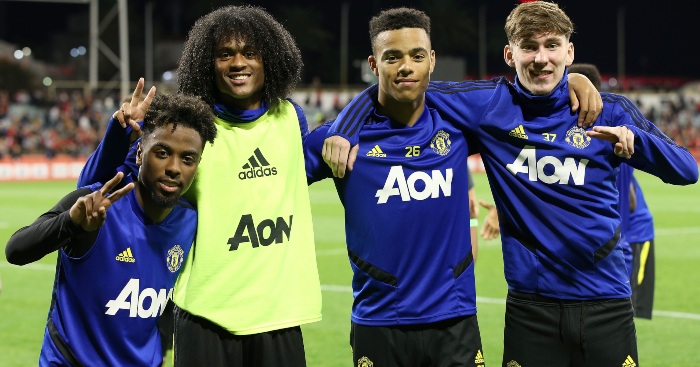 Head of the Manchester United academy Nick Cox has revealed the holistic approach to youth development at Old Trafford.

Butt reports directly to manager Ole Gunnar Solskjaer and works closely with Nick Cox, who was promoted to head of academy in July having spent three successful years at the club following roles at Watford and Sheffield United.

“I think outsiders will look at Manchester United as not just an iconic club with iconic players but with an iconic academy,” Cox said in his first major interview.

“It’s recognised worldwide, isn’t it, as being an amazing place for young people to be.

“I guess as much as every player’s aspiration is to try and get here, I think people working in the industry as well want to be inside the organisation as well.

“We want to make sure that we keep a steady stream of talented young people graduating into our first team – and a winning first team at that.

“We want to make sure we are producing world-class footballers – but if that’s our only goal, then we all feel like failures.

“Because that’s like landing on the moon. Not many people get to do that.

“Now we know we’re the best and if you’re here you’ve got more chance of doing it than at any other football club, but ultimately we’re working with young people, some as young as eight years old that might be with us for 10 or 12 years.

“If our only measure of success is crossing the white line and playing at Old Trafford, we’re going to have a lot of miserable mums and dads, and kids, and coaching staff.”

United are focused, Cox says, on being “the world-leading environment for young people to want to hang out in”, giving players the chance to see new places, gain education and on-field skills.

He believes “if you create great people the footballer follows”, which also allows the individuals to achieve success in life outside of the game.