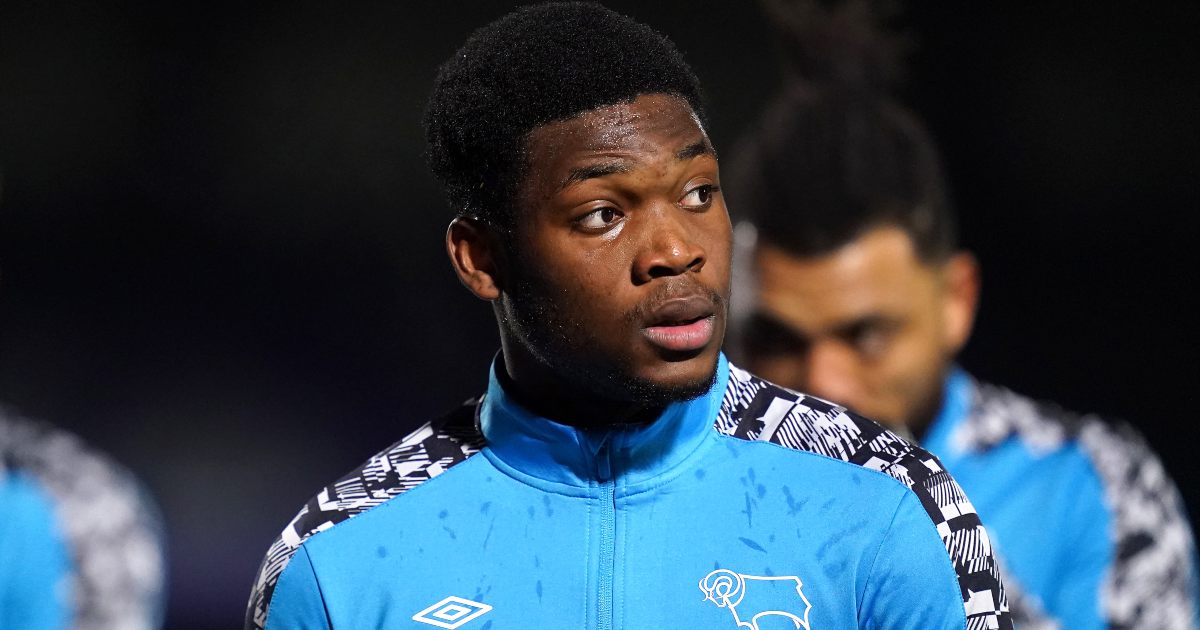 Teenage defender Teden Mengi has signed a new and improved deal with Man Utd after impressing at Old Trafford.

The highly-rated 18-year-old academy graduate made his first-team debut against LASK in the Europa League last season.

Mengi joined Wayne Rooney’s Derby on loan in January and has made six Sky Bet Championship appearances to date.

MEDIAWATCH: It’s no wonder ‘kings of Europe’ Man Utd are above Liverpool

The defender’s progress has been rewarded with a new deal at Man Utd until 2024, with the option to extend by a further year.

Mengi becomes the latest talent to commit their future to United after Hannibal Mejbri and Anthony Elanga this week signed long-term deals at Old Trafford.

Speaking back in October about his debut for the Man Utd first team, Mengi told the Manchester Evening News: “There wasn’t really a conversation, I just got told I’m going to start training, so just come in whenever the first-team come in and train as normal.

“There wasn’t like a real big discussion over it, it was like, this is what I’m going to do now. I’ve been doing it and just working hard every day as hard as I can.

“If anyone was to get that call they’d be excited, however you can’t let the excitement take over because the call is just a call; that’s not job done, there’s still a long way to go. That’s the way I see it: there’s still a long way to go. I’m going in there as one of the youngest players and trying to learn every day, do my best every day and try and do better than yesterday.

“Obviously a debut for Manchester United, it’s the team I’ve been supporting since I was a kid, I’ve been watching them on TV, been growing up loving the club and I got lucky enough to make my debut for the club. I was excited, I was really happy, I was thrilled, a great moment in my career.

“But then, two or three days after the rush had gone and that’s when it clicked it’s just the start, it’s a marathon not a sprint, there’s a long way to go.”