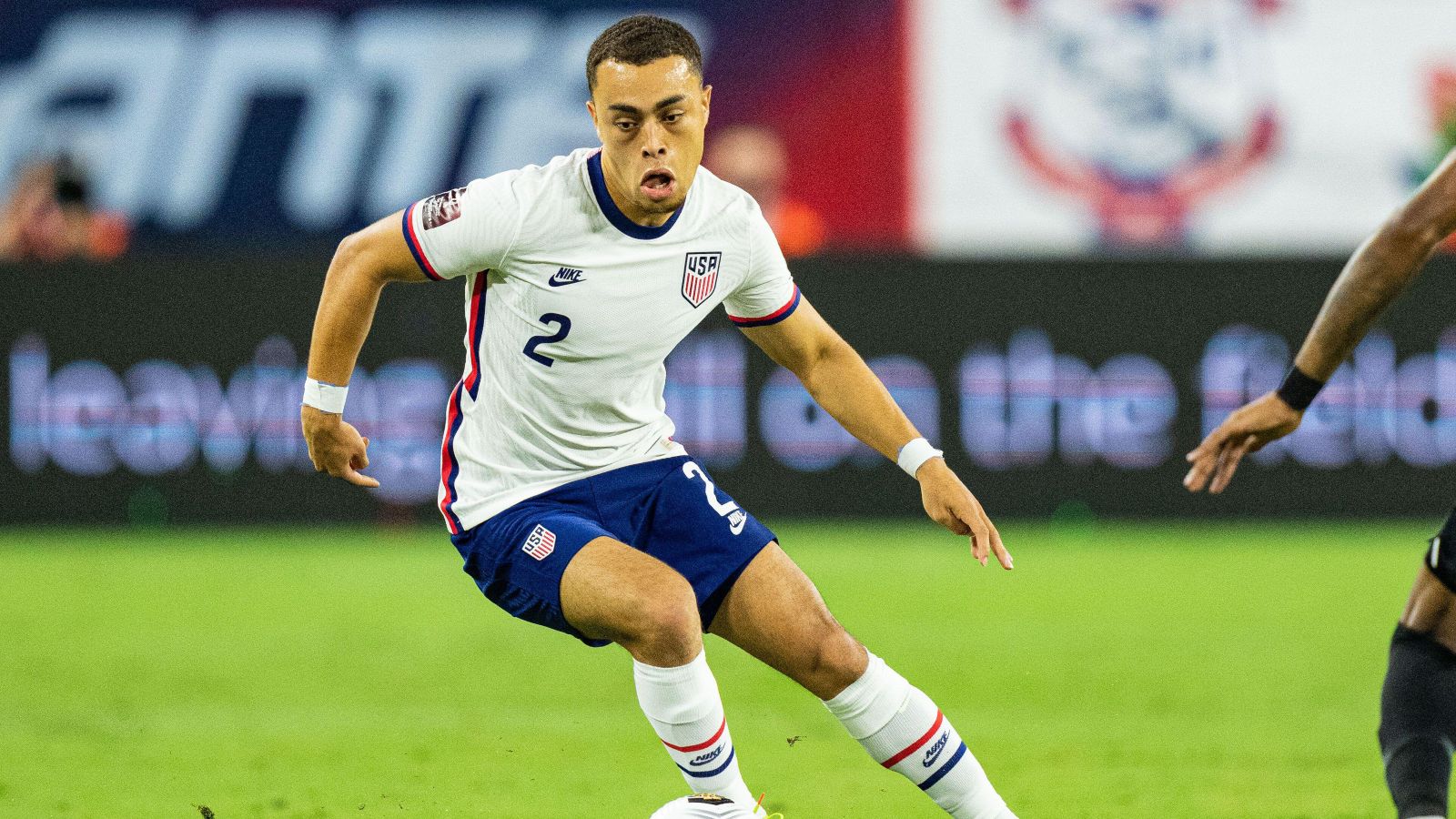 Man Utd are looking to complete a deal for Barcelona defender Sergino Dest as soon as possible, according to reports.

But there could be potential for even more incomings if some players leave Old Trafford before the deadline with Spanish journalist Gerard Romero insisting that Aaron Wan-Bissaka is wanted by La Liga side Barcelona.

That could see Man Utd go into the market for another right-back with Spanish publication Sport insisting that the Red Devils are ready to buy one of Barcelona’s right-backs.

Dest, who joined the Catalan giants from Dutch side Ajax in 2020, is wanted by Ten Hag after the pair worked together in Amsterdam.

And now Sport reckons Man Utd have chosen to ‘accelerate the departure’ of Wan-Bissaka with the Red Devils having ‘defined their strategy to accelerate Dest’s arrival in Manchester’.

Ten Hag ‘is optimistic and confident’ about bringing Dest to Old Trafford despite the USA international keen on being a success at Barcelona.

The Catalan giants are willing to do business at around €20m for Dest with the possibility of a loan deal which includes a ‘mandatory purchase clause’.

Dest’s departure is ‘considered essential’ by Barcelona as they look to strengthen at right-back and Sport describe the next few days as ‘decisive’.

The American has ‘many options for a change of scenery’ but Man Utd have ‘already started working on incorporating him’.

Man Utd have had a disastrous start to the new season after losing 2-1 to Brighton and 4-0 to Brentford in their opening two Premier League fixtures.

There has been some criticism that Ten Hag has not been supported well enough in the transfer market with Tyrell Malacia, Christian Eriksen and Lisandro Martinez their only arrivals.

And Ten Hag called on the Man Utd board to provide him with “quality players” after they were embarrassed by Brentford at the weekend.

“We have to provide higher standards than what we did today,” said Ten Hag.”We are, as a team, in a difficult process. You expect a different start. It’s not what we expected.

“We need new players. We need quality players. We are working on that and we’ll do everything to convince them to come.”