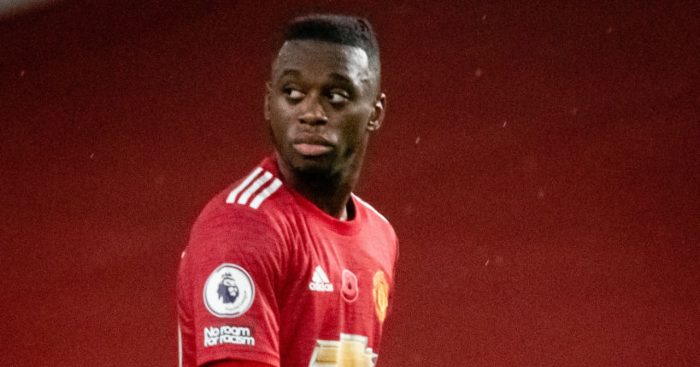 Man Utd are ready to provide Ole Gunnar Solskjaer with more attacking threat down their right-hand side over the next couple of transfer windows, according to a report.

Wan-Bissaka has been praised for improving the right-hand side of the Red Devils defence since his arrival from Crystal Palace in the summer of 2019.

However, as much as he has been praised for his defensive work, there has been criticism leveled at him for his lack of attacking ability.

Even Ole Gunnar Solskjaer admitted at the end of October that he needed more from Wan-Bissaka and Shaw going forward.

Wan-Bissaka produced four Premier League assists last campaign but has yet to lay on a goal for his team-mates in seven starts this term.

And now ESPN claims that Man Utd ‘are prioritising the right side of Ole Gunnar Solskjaer’s team for strengthening in the next two transfer windows in order to address the shortcomings in Aaron Wan-Bissaka’s game at right-back’.

Wan-Bissaka’s lack of attacking intent ‘has left United concerned by the threat levels posed to opponents in the attacking areas of the pitch’.

Solskjaer thinks the Red Devils’ ‘lack of cutting edge down the right is having a detrimental effect on his team’ and the club will look to provide ‘serious competition’ for Wan-Bissaka over the next two transfer windows.

The 23-year-old’s ‘distribution and attacking qualities remain unconvincing’ and they are hoping another signing on that side would ‘accelerate an improvement’ in his game.