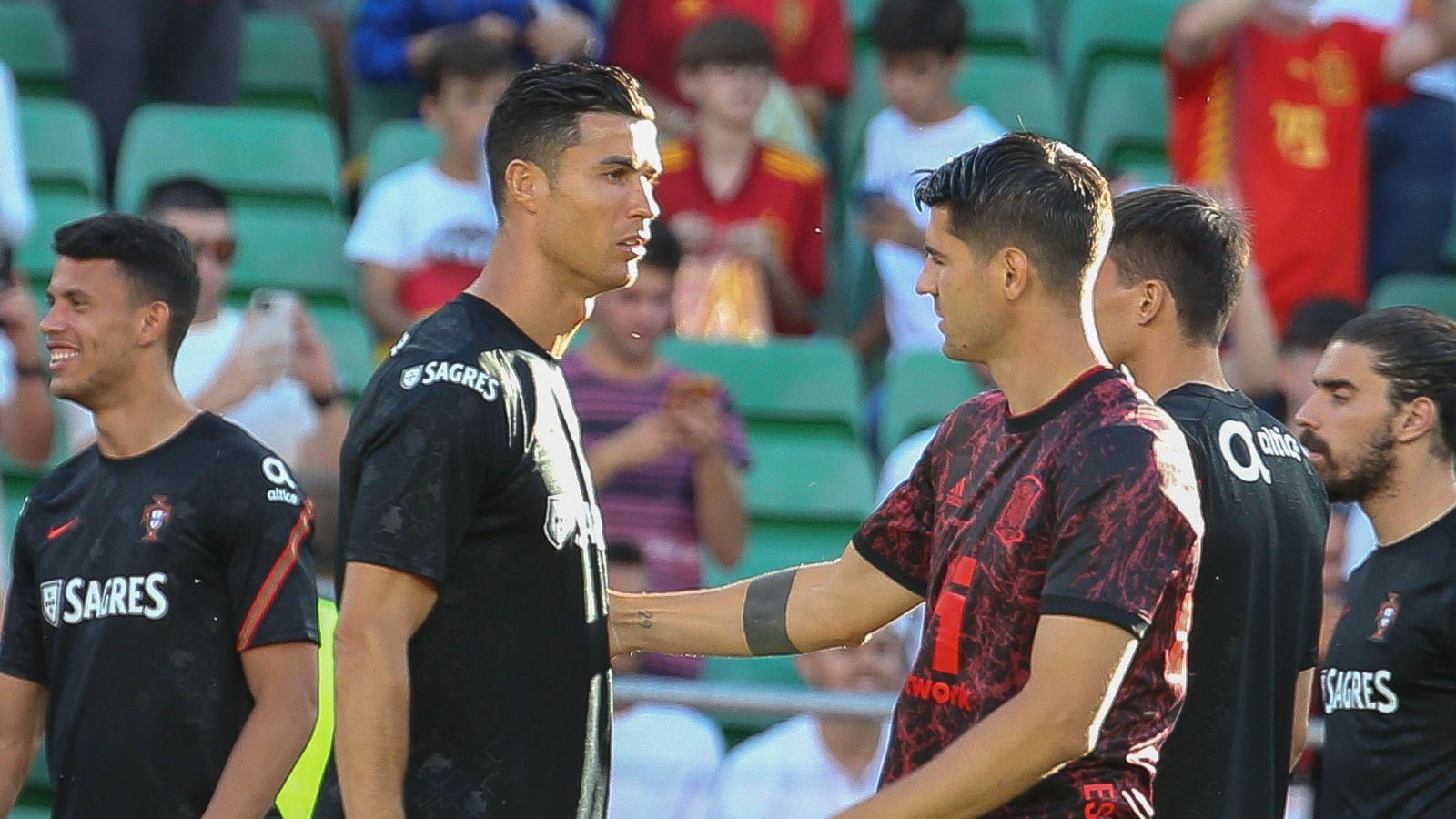 Man Utd have been told that ex-Chelsea striker Alvaro Morata will “help” Cristiano Ronaldo if the Spaniard joins the Red Devils this summer.

Man Utd have endured a torrid start to the 2022/23 campaign as they have lost their first two Premier League games.

Their second defeat came in embarrassing fashion against Brentford. So it is fair to say that United have a lot of work to do in the transfer market before the window shuts in just over two weeks.

In the meantime, Ronaldo is also looking to leave the club. His deal does not expire until 2023 but he wants to move elsewhere so he can play in the Champions League.

The problem is that no one wants him. Ronaldo’s stance is at least making Man Utd get a wriggle on in their pursuit of a new striker.

One player they are being linked with is Morata. He scored a brace for Atletico Madrid over the weekend but he is free to leave for around £29.5m this summer.

Man Utd are among the clubs interested in him and it has even been claimed that a move to Old Trafford is a ‘genuine possibility’.

Morata previously had an unsuccessful spell in the Premier League with Chelsea. He netted 24 goals in 74 appearances.

The Spaniard has played with Ronaldo during their time together at Real Madrid and Juventus.

Italian football expert Mina Rzouki has argued that Ronaldo will benefit from Morata’s presence at Man Utd if both are at the club by the start of September:

“I feel like Alvaro Morata gets a lot of flak because he’s not the guy who is going to score a thousand goals for you. But he is sort of a tactical joker card. He can play off the striker, he can play on the wing – he’s happy to be the guy off the main guy,” Rzouki told Sky Sports.

“He’s great as a support player. He can play in a number of different positions. He is someone, if you tell him instructions, he will work really hard for your team.

“He has already shown that he has that connection with Ronaldo – they showed that at Juventus and they also played together at Real Madrid, but he was more of a substitute at the time.

“He will help Ronaldo and he will work hard – he’s a player I enjoy watching a lot.”