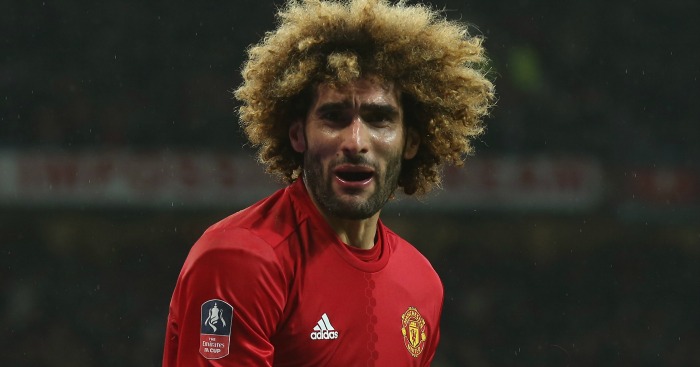 Marouane Fellaini could leave Manchester United in January, with an £8million deal apparently agreed with Besiktas.

The Belgium midfielder is out of contract at the end of the season and with no extension in sight, United are said to be keen to cash in during the winter transfer window.

Jose Mourinho has been told that he must lower the wage bill and offload players before he cane recruit further, and despite his fondness for Fellaini, it seems the former Everton star could be the first out of the door.

Fellaini was signed by David Moyes for £27million on deadline day in 2013 and despite drifting in and out of favour under three different managers, he has emerged as one of Mourinho’s most trusted stars.

But the club are unwilling to allow the 29-year-old to run down his contract and, according to the Sunday Mirror, they will look to recoup some money by sending him to Besiktas.

The story also reports that United have registered an interest in Shakhtar Donetsk midfielder Fred.

The central midfielder has impressed the likes of Valencia and Sevilla but United are also sniffing around the 24-year-old.