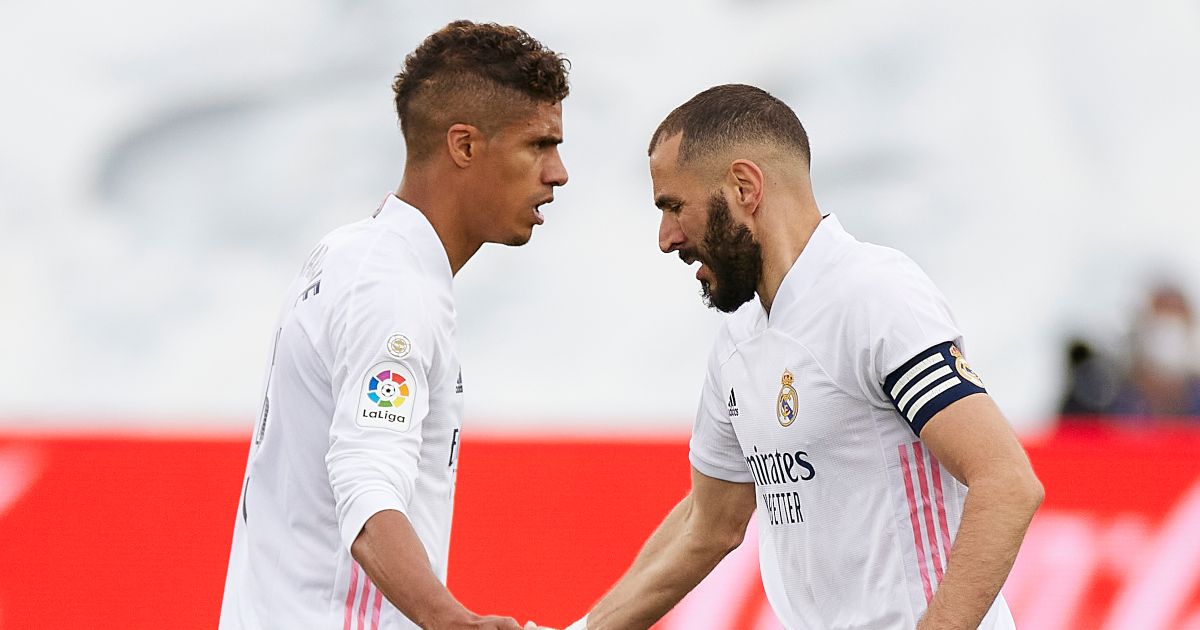 Man Utd have agreed a contract ‘in principle’ with Raphael Varane but they must now strike a deal with Real Madrid, according to reports in France.

It has been the biggest transfer story over the past couple of weeks with reports in conflict about how far along a deal is.

The 28-year-old’s contract expires next summer so the Spanish giants are looking to cash in this summer to avoid losing him for free next year.

It has been claimed that Real Madrid are prepared to facilitate his exit and are now just waiting for a formal bid to arrive from Man Utd.

The Sun claimed a week ago that a deal was in ‘the final stages’ with Man Utd having ‘negotiated terms over a five-year deal’.

However, the Daily Mail disagreed a couple of days later, claiming that United are ‘wary of reports’ suggesting a deal is set in stone.

The Daily Mail added that ‘steady progress’ are being made with regards to the Varane talks ahead of a ‘formal offer’ being made this week.

And now Telefoot journalist Julien Maynard claims an ‘agreement in principle’ has been reached between Varane and Man Utd.

He adds that it is now down to the two clubs to strike a deal as negotiations over an acceptable fee continue between Los Blancos and the Premier League side.

Maynard reckons Varane ‘would like to discover the Premier League’ next season but that he ‘will not go arm wrestling to leave’.

Meanwhile, former England international Danny Mills reckons Varane could get a shock by the intensity of the Premier League.

“Yes he’s a good signing but is it the right signing?” Mills told talkSPORT.

“Varane is a good player but again we don’t really know what he’s going to be like, how robust is he going to be in the Premier League, week in, week out?

“He and [Sergio] Ramos could get through games at the back for Real Madrid with a cigar on. You can’t do that in the Premier League.

“Every single foreign player that comes in, and I think [Kai] Havertz said that and Timo Werner said that. They went: ‘Wow, we didn’t realise the intensity of every single game’.”