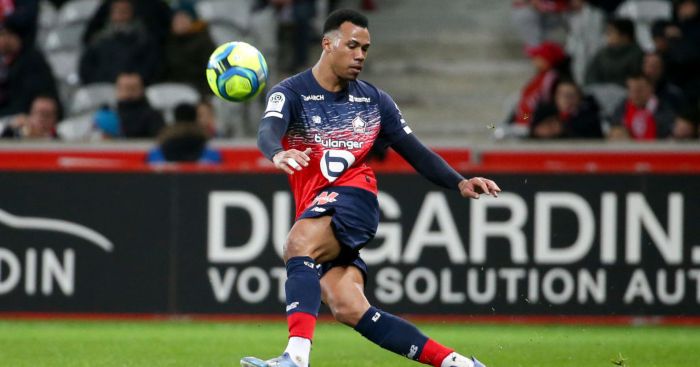 Man Utd are closing in on a deal for Lille defender Gabriel Magalhaes after making a €29m bid, according to reports.

A recent report in the Daily Record claimed that the Red Devils have been ‘asked to be kept informed of offers’ for the Brazilian.

It was assumed at one point that the Lille centre-half was bound for Everton. Chelsea have also been heavily linked, while Arsenal failed to persuade the Brazilian to move to north London with an offer of playing alongside Shkodran Mustafi.

Johnny Nic: ‘Is that normal or is he especially sh*te?’

French publication L’Equipe claimed on Sunday that five clubs had made bids for Magalhaes with Everton, Napoli and Man Utd named as three of the five clubs.

And now journalist Emanuele Cammaroto has told Napoli Magazine (via Sport Witness) that Napoli have made an offer of €22m but that United’s bid was bigger at €27m plus €2m in add-ons.

Cammaroto reckons that Man Utd will get agreements ‘in the next few days’ from Lille and Magalhaes ahead of the potential move.

Sport Witness, however, claim that the reported interest from the Red Devils could be a ploy by Lille to drive the price up for their player as they have done previously with Nicolas Pepe and Victor Osimhen.