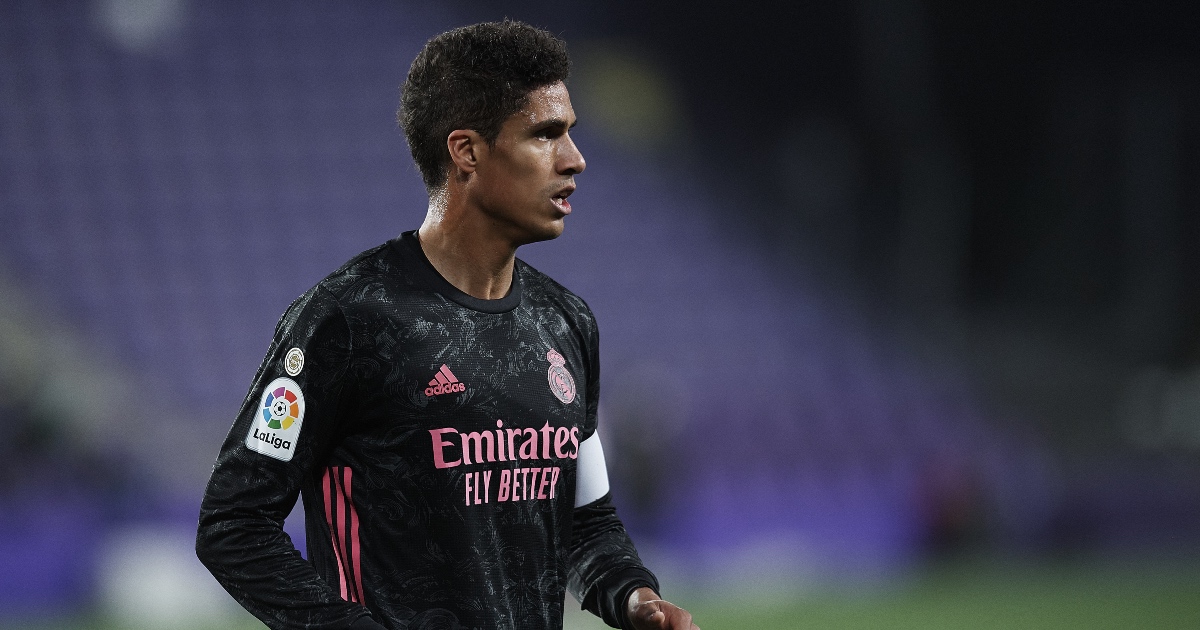 The centre-back has been heavily linked with a summer switch to the Premier League.

The Red Devils are leading the race for his signature with Liverpool and Paris Saint-Germain also interested.

According to the Daily Mail, Man Utd are hoping to broker a deal with Real Madrid for Varane.

They view the Frenchman as the perfect defensive partner for Harry Maguire, in place of Victor Lindelof.

Club executive Ed Woodward is willing to spend big to bring Varane to Old Trafford but thinks Los Blancos value him too highly.

Man Utd will therefore try to drive down their £60million asking price.

With the player’s contract due to expire next summer, it’s hoped that Real will accept a substantial bid in the coming months.

Real also need the money to fund their own squad rebuilding. Attacking superstars Erling Haaland and Kylian Mbappe have been targeted as the new ‘Galacticos’.

United boss Ole Gunnar Solskjaer has put a new centre-back at the top of his priorities.

He wants a world-class defender to play alongside Maguire as they hunt Pep Guardiola’s champions-elect Man City.

Varane would bring plenty of experience and a winning attitude to Solskjaer’s team.

However, United will face competition from PSG for the signing. The French giants, who are thriving under former Spurs boss Mauricio Pochettino, want Varane to return to Ligue 1.

They will likely match any bid from United for the 27-year-old superstar.

Choosing between United and PSG could prove to be a difficult decision for Varane. He supported the French side as a youngster but is also tempted by the offer of playing in the Premier League.

If United signed Varane it would surely signal the end of Eric Bailly’s spell in Manchester.

He is set to reject a new contract after falling out of favour under Solskjaer.

United’s defence could be completely revamped by the start of the 2021/22 campaign.