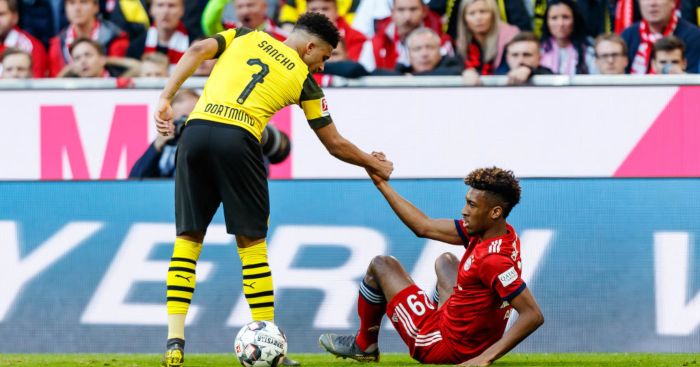 Man Utd have added Bayern Munich winger Kingsley Coman to their summer shortlist if their pursuit of Jadon Sancho proves unsuccessful, according to reports.

However, the report did mention that the ‘grand caveat’ is that Man Utd qualify for the Champions League with failure to do so being ‘close to a deal-breaker’.

And with a deal still seemingly up in the air, the Red Devils are making plans in case they miss out on their number one target with Sky Sports claiming that Man Utd want Bayern’s Coman on loan.

On Thursday, The Athletic claimed that Man Utd ‘are interested’ in signing Coman and he’s been ‘watched extensively’ by the Red Devils.

And now Sky Sports add that Coman is ‘on a shortlist of players’ who the Red Devils want this summer and United ‘could look at a potential loan instead of a permanent deal’.

The 24-year-old is ‘seen as an alternative’ for United in their hunt for Sancho but it might not be easy to prise Coman away from Bayern.

Despite the arrival of Leroy Sane from Manchester City, Bayern don’t want to lose Coman this summer, according to Sky Germany.